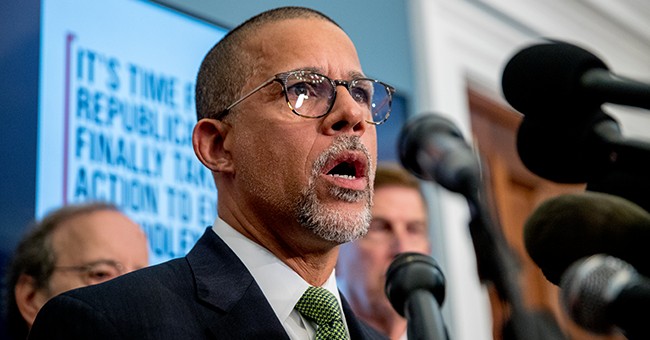 Rep. Anthony Brown (D-MD) joined "Morning Joe" on Monday morning to discuss this weekend's successful operation to capture and kill ISIS leader Abu Bakr al-Baghdadi. Not to commend President Trump for green lighting the operation, but to criticize the way he announced it.

Brown said he wished that Trump had been a bit briefer and a bit more compassionate. In his remarks about the raid, Trump said al-Baghdadi had died "whimpering" and he "died like a dog."

"President Obama took nine minutes to announce to the world that we had killed Osama bin Laden," Brown said. "President Trump took 40 minutes of basically self-promoting himself. A lot of bravado. And really some unnecessary and inappropriate language that both I think inspires perhaps future ISIS fighters. But also may have revealed methods and capabilities of our intelligence assets. So that 40 minutes should have been closer to nine."

NBC News foreign affairs analyst Brett McGurk, who participated in the same segment, admitted that the first part of Trump's statement was "okay." But, he was more interested in talking about how the death of al-Baghdadi only underscores the president's unwise decision to withdraw U.S. troops from northern Syria and abandon our Kurdish allies. He wrote an op-ed about it for The Washington Post.

This would be the perfect time to consolidate success and act on what is likely a trove of intelligence pulled from the Baghdadi compound. Our analysts are surely poring over this information now, and it will lead to Islamic State sleeper cells and networks across Syria, Iraq and elsewhere. But our abrupt pullout from Syria will make it harder to act on this information. U.S. Special Forces have already left positions overwatching the Islamic State’s former strongholds, including Raqqa and Manbij, where major attacks into Europe were organized. These areas are now controlled by Russia and the Bashar al-Assad regime, foreclosing our ability to act on targetable information.

Brown emphasized the same point, that we need to maintain a presence in Syria.

While the Democratic representative shared his concerns about Trump's tone, many others are simply celebrating the commander-in-chief's announcement and the major defeat for ISIS.