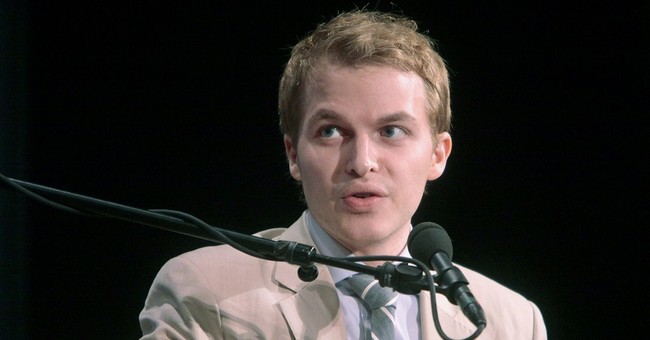 Ronan Farrow's new bombshell book about Harvey Weinstein, Matt Lauer and NBC is casting a shadow over the next Democratic presidential debate. NBC News and MSNBC will be moderating the fifth round, but women's groups like UltraViolet Action, which "drives feminist cultural and political change," according to its website, want to see some real action taken from the network before it airs.

“The DNC needs to make it clear that they support survivors of sexual abuse and cancel the upcoming 2020 Democratic presidential primary debate on MSNBC until Comcast and NBC News take clear steps to clean up the toxic culture that exists across their networks,” Shaunna Thomas, the co-founder and executive director of UltraViolet Action, said in a statement on Tuesday.

Farrow is currently on the media circuit promoting "Catch and Kill." It has plenty of bombshell revelations in it, including a new rape allegation against former NBC anchor Matt Lauer. Brooke Nevils, a former NBC News producer, alleges that Lauer forced himself on her during the network's coverage of the 2014 Sochi Olympics. Farrow also repeats claims that NBC executives were aware of the complaints against Lauer long before they fired him.

NBC denies they had prior knowledge of the incidents, and Lauer denies that he coerced any of the women who filed complaints against him. He said in a statement last week that his experience with Nevils was “mutual and completely consensual.”

Yet, in an interview with "The View," Farrow reiterated how "confident" he was in his fact checked reporting.

"I will let the facts stand on their own," the author said.

Farrow also claims that disgraced Hollywood mogul Harvey Weinstein tried to pressure NBC to spike the report that would eventually out him as a sexual predator, because he knew about the Lauer scandal. NBC News President Noah Oppenheim rejected all these claims in a memo to employees.

“Now that we’ve read Farrow’s book, it’s clear — his smear rests on the allegation that NBC’s management knew about and took steps to hide Matt Lauer’s misconduct before his firing in November of 2017," the memo read. "Without that, he has no basis on which to rest his second conspiracy theory — that his Harvey Weinstein reporting was squashed to protect Lauer.”

Farrow's bombshell report about Weinstein, which was eventually published in The New Yorker, sparked the "Me Too" movement, launched a reckoning about how men treat women in the workplace, and earned the author a Pulitzer prize.