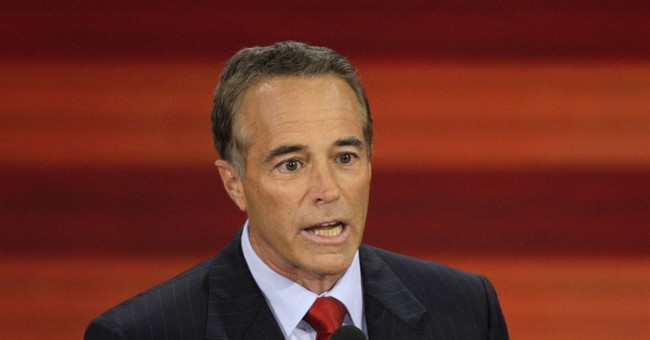 New York Rep. Chris Collins (R), who was indicted on insider trading charges last August, is resigning from Congress. The Republican had represented the 27th district since 2013.

Fox confirms: GOP NY Rep Chris Collins to resign effective tomorrow. Spkr's office has the letter. Will be presented to the Hse during tomorrow's pro forma session, shortly after 9 am et. Collins. Collins will plead guilty tomorrow to charges of insider trading.

When Collins was a board member for the pharmaceutical company Innate, he learned that the company's main drug was a failure. Instead of keeping that intel secret, reports allege that he called his son, Cameron, with the news. Cameron sold his company shares, as did a few other family members. They avoided losing over $750,000. Collins was accused of insider trading and lying to the FBI. Then-House Speaker Paul Ryan also booted him off of the House Energy and Commerce Committee.

U.S. Attorney Geoffrey Berman laid out all the charges at the time.

As of last September the congressman said the charges were "meritless" and vowed to remain on the ballot.

Collins is now expected to plead guilty. His resignation will be effective on Tuesday.