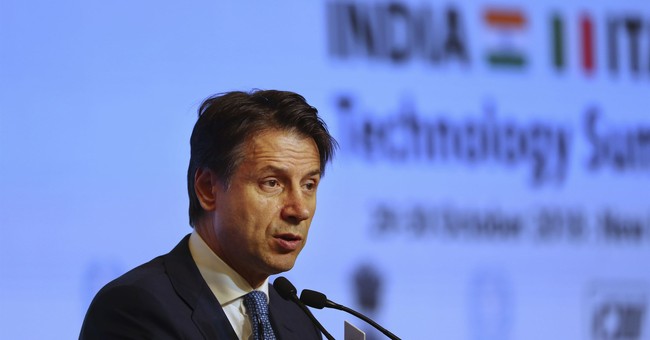 Italian Prime Minister Giuseppe Conte is stepping down amidst constant infighting in his coalition government. The two factions, the Five Star Movement and the right-wing League Party, have been at odds for quite some time.

Giuseppe Conte: "After the end of the parliamentary debate I will go to the president of the Republic to officially inform him of the interruption of this government experience and to offer him my resignation as prime minister."https://t.co/T9EOZo0juU pic.twitter.com/A0CEtDHY5p

In his exit speech, Conte blasted League Party leader and Interior Minister Matteo Salvini as an "opportunist" for supposedly stoking the current crisis.

“He is only looking after his own interests and those of his party," Conte said of Salvini, who is also deputy prime minister.

Salvini had recently announced that his party would not support the populist government and called for a no-confidence vote, hoping to spur snap elections. He claims he is acting in Italians' interests.

Salvini retaliated in his response to Conte in the Senate, saying “I’ll ask the Madonna for protection for as long as I live”.

“I’m the only humble witness,” he added. “My country matters more to me than the comfy seats [of power]”.

He said that Italy’s most pressing problem is its low birth rate, adding that his potential government would be one that supports a €50bn budget for 2020 that focussed “on lowering taxes, the right to life…growth, investment.”

As prime minister, he would “focus on Italians, not on Merkel or Macron … I am proud, free and nationalist. Italy will be about children, who have a mum and a dad.”