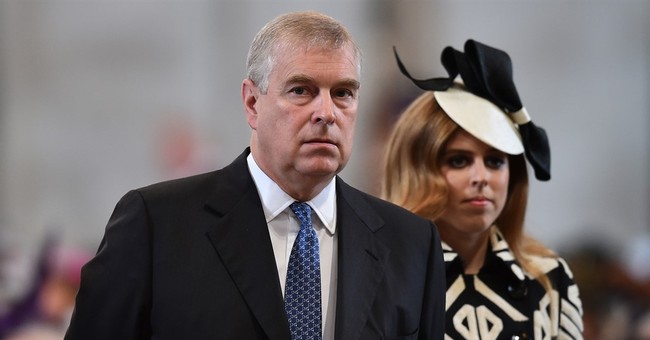 The Daily Mail published an exclusive report last week with new footage that captured Prince Andrew, or at least someone who really looked like Prince Andrew, surreptitiously speaking to a young woman at Jeffrey Epstein's Manhattan mansion in 2010. In the video, the prince is speaking to a brunette woman, before peering around the door and ducking back inside.

The Daily Mail quotes a source who says it was a "chilling" thing to watch.

The prince has often been tied to the disgraced and now deceased Epstein, who was accused of sex trafficking crimes. In 2011, a woman named Virginia Roberts, now Virginia Giuffre, accused Andrew of forcing her to have sex with him and knowing full well of Epstein's escapades. She insists the prince must be made to testify.

Buckingham Palace released the following statement in response to the charges.

"The Duke of York has been appalled by the recent reports of Jeffrey Epstein's alleged crimes," it read. "His Royal Highness deplores the exploitation of any human being and the suggestion he would condone, participate in or encourage any such behaviour is abhorrent."

The prince has also been criticized for hosting Epstein at Balmoral Castle, the Royal Family's Scottish home, in 1999.

Epstein, a billionaire financier, reportedly hung himself in his jail cell at the Metropolitan Correctional Facility last week. An investigation in to the officers on duty that night is ongoing, and the DOJ doesn't plan to stop pursuing justice for Epstein's alleged victims.