Rapper Cardi B Interviews Bernie Sanders in a Nail Salon 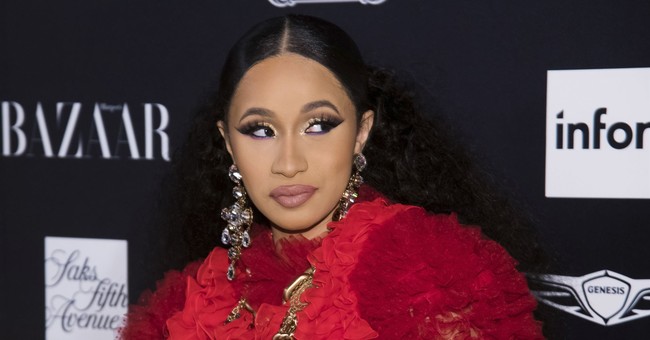 Because this could only happen in American politics, rapper Cardi B recently interviewed Democratic presidential candidate Sen. Bernie Sanders in a nail salon. The "Bodak Yellow" singer posed several questions to the Democratic socialist about wages, taxes, health care, immigration, etc., to find they agreed on just about everything.

Cardi B's nails are juuuust a little different than mine. Our views on the issues are pretty similar. pic.twitter.com/PhA2wXnkpy

A few of the senator's promises included:

"We’re going to reestablish and expand the DACA program."

“We are going to cancel all student debt in America.”

"No more premiums, no more copayments, no more deductibles," he said. "You go to any doctor you want."

Cardi pressed Sanders about how taxes would play into his Medicare for All plan. We know it's a hot topic for her thanks to her infamous tax rant in 2018. However, Sanders again admitted that people will pay more in taxes depending on their income, but the "overwhelming majority" of Americans will pay less in regards to health services. (Yep, I'm trying to make sense of it too.)

Of course, most of the above declarations are messages that millennials, many of whom are presumably Cardi B fans, will be eager to hear.

While having young people's attention, Sanders and Cardi B also made sure to paint Trump as an "overt racist" - Sanders's exact words.

“Trump does not want people of color to be participating in the political process,” Sanders told the singer at one point.

In all honesty, Sanders really doesn't need to cater to the youth too much because he's had their support since the 2016 election. But, why not take advantage of that popularity.