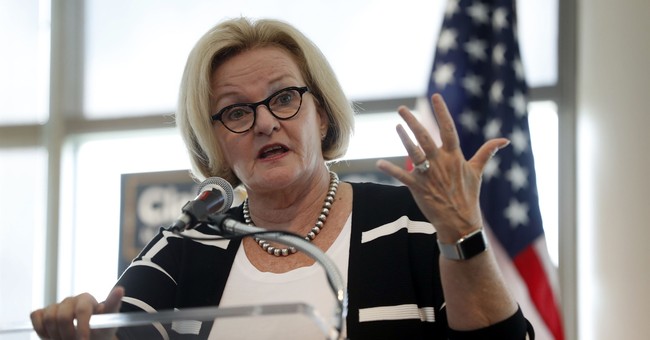 Former Missouri Sen. Claire McCaskill has always been considered a moderate Democrat. She had no issue criticizing Hillary Clinton for ignoring the Midwest in the 2016 election, and now, as an MSNBC commentator, she has no problem criticizing Bernie Sanders's progressive policies.

During Tuesday night's debate in Detroit, Sanders defended his Medicare for All plan, which, according to the text, would kick millions of people off their private insurance plans. Rep. Tim Ryan (D-OH) confronted Sanders about the radical health care policy and suggested he "doesn't know" the details of it. Sanders shot back to inform his opponent he "wrote the damn bill!"

On MSNBC post-debate, McCaskill reminded viewers that Sanders is known for drafting bills that never saw the light of day.

"He wrote a lot of bills that never went anywhere." ???? pic.twitter.com/HwIRtTVGJD

She wasn't finished. All that "free stuff" Sanders and Sen. Elizabeth Warren (D-MD) are offering will not entice Midwest voters, McCaskill argued.

“Free stuff from the government does not play well in the Midwest.” -Claire McCaskill

1) @RashidaTlaib + @IlhanMN are also from the Midwest.

2) Medicare and Social Security are both technically “free stuff” and they play very well.pic.twitter.com/tkFtRoI0W7

Sanders's and Warren's leftist agenda was at odds with the moderates at last night's contest. While the progressives insisted Medicare for All was a moral must, Democrats like John Delaney said it was too "extreme" and they couldn't just take away health care from Americans. Expect the same party divide tonight at 8 p.m., when ten more Democratic candidates square off in Detroit. The Townhall live blog will kick off at 7:30 p.m.