Why Ken Starr Is Concerned By Mueller's Testimony 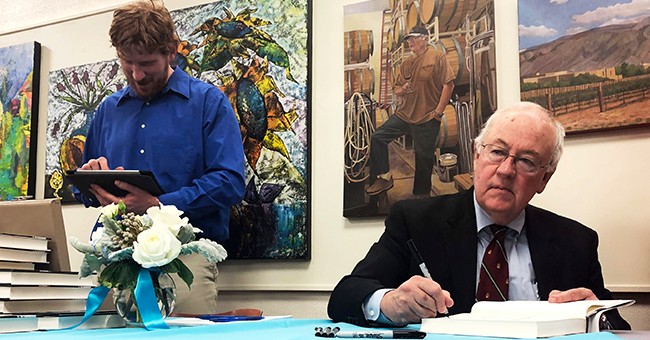 Former independent counsel Kenneth Starr knows Robert Mueller. He's worked with him before and recalled him as an individual who has a lot of "energy." But the person Starr heard stuttering through answers and mishearing or "not understanding" questions all day on Capitol Hill is not the same man he remembers.

Mueller "did not give a good reason" for why he wrote the second volume of his report on obstructive acts, Starr said on Fox News after the special counsel's first hearing on Wednesday. His explanations were lacking in several other areas too, including why he didn't properly vet his staff.

Starr said Mueller has done a "grave disservice" to the country by failing to ensure his investigation was a nonpartisan one. Of course, he understands that Mueller does not want to question his staff's politics. But Starr suggested he should have known that some of his team members, like Andrew Weissman, who supported Hillary Clinton in the 2016 election, were very partisan. You better believe he was asked about it.

Wow from @RepArmstrongND. “When did you learn one of your top attorneys, Andrew Weissmann, attended Hillary Clinton’s 2016 election night party?”

Armstrong: “Isn’t that a conflict of interest?”

Mueller: “I’m not going to answer that.”

"He isn’t blind to what his staff members are all about as human beings," Starr said.

As such, he should have fixed it.

“The entire process has been so unfortunate,” Starr regretted. “I love Bob Mueller as a human being, as a patriot, but I think he’s done a grave disservice to our country in the way that he conducted this investigation.”

Starr was the independent counsel during the 1990s investigation into President Clinton's Whitewater scandal, as well as his affair with a White House intern. That four-year effort led to Clinton's impeachment.