With Looming Subpoena Threat, Kellyanne Explains Why She Definitely Did Not Violate the Hatch Act 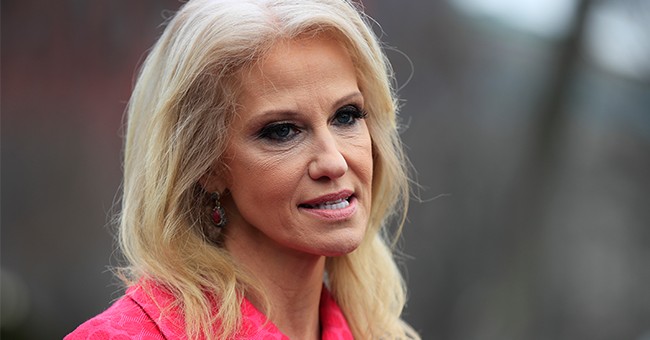 President Trump swiftly dismissed the Office of Special Counsel's request for him to fire his White House counselor Kellyanne Conway over charges that she violated the Hatch Act. But House Democrats aren't letting it go that easily. They've decided to take a vote on Wednesday on whether to subpoena Conway for testimony over the supposed infringements.

Conway had a chance to respond on "Fox & Friends" on Monday. In her analysis, she concluded that Democrats are just trying to silence her because she's a powerful conservative female.

"They want a big roll of masking tape over my mouth," she said.

Conway suggested that the definition of the Hatch Act must be a fluid one. Because, as she understands it, it is regarding a White House official engaging in political activity. The OSC concluded she did just that when she weighed in on the Alabama special election on TV last year, and when she recently commented on the current field of 2020 candidates.

She sees it differently. For instance, when she's talking about the failures of Obamacare, that's not just her opinion, "that’s a fact," she explained on Monday. Likewise, when she's discussing the 2020 Democratic presidential candidates and their radical agendas, she's "just repeating the news to you."

Kellyanne Conway dismisses Office of Special Counsel accusing her of repeatedly violating the Hatch Act -- a law intended to bar federal employees from engaging in political activities while on the job.

"They want to silence me ... our position is I haven't violated it." pic.twitter.com/U7XOBS8SMG

Should the Oversight Committee follow through with its subpoena threat, Conway noted that she'd make history as the first employee in the West Wing to ever come before Congress to testify on the Hatch Act.