An Unlikely Ally for US Women's Soccer and Pay Equity 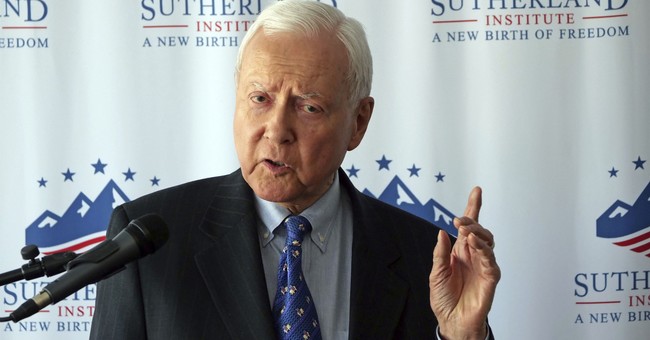 After witnessing Team USA put on a clinic against Thailand in its World Cup opener on Tuesday, a former Republican senator is calling for U.S. soccer to cough up more money for the players. Several players sued the federation for paying them less than the men, despite having more consistent success.

"I extend my warmest congratulations to the U.S. women’s soccer team in its 13-0 win over Thailand," Hatch said in a statement Wednesday. "While we cheer our team on in the Women’s World Cup, here at home, we can and must do more to ensure pay equity for all athletes.

"Hosting the Salt Lake City 2002 Winter Olympics and Paralympics was one of the proudest moments I had as a U.S. Senator to welcome the world to Utah and to showcase our country’s finest athletes," Hatch continued. "Just like then, the world’s eyes are on us to do the right thing. I trust that the U.S. Soccer Federation and other policymakers will once and for all end this two-tiered, gender-based structure that has unfairly discriminated against female athletes."

Tuesday's performance by the USWNT was historic on several levels. It tallied the most goals scored in a single World Cup game, while captains Alex Morgan and Carli Lloyd achieved some personal goals, no pun intended. Morgan tied Michelle Akers for the most goals ever scored in a WWC game (five), while Lloyd tied the record for scoring in five consecutive games. The men's team, meanwhile, failed to even qualify for the 2018 World Cup after an embarrassing loss to Trinidad and Tobago.

The USWNT's players clearly proved how much they're worth. And for goodness' sake let them celebrate to their hearts' content.