Voter Featured in New Swalwell Ad Asks 'Why Should Another White Guy Be President'? 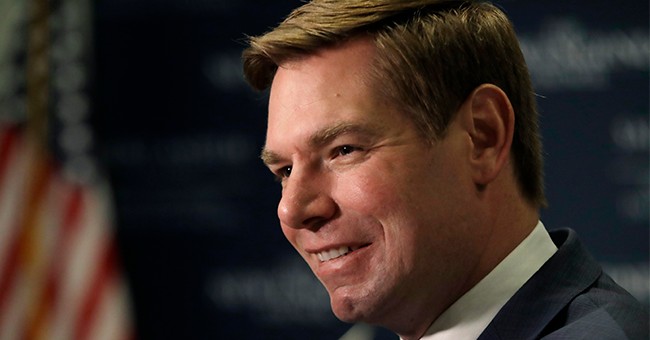 There are many questions that Rep. Eric Swalwell (D-CA) should be forced to answer in his quest for the White House. My personal inquiry would go something like, "Can you prove that President Trump is, as you say, an agent of Russia?"

Instead, Swalwell is addressing voters who are concerned about his gender and skin color, including this young woman.

I may be "another white guy," but I know where there are gaps in my knowledge or my experience and I know when to pass the mic. pic.twitter.com/jMYBwF97xY

"Well, a white guy who doesn't see other identities or understand other experiences should not be president," a serious-looking Swalwell said.

But, "I do," he said assuringly. "And where there would be gaps in my knowledge or my experience, I will pass the mic to people who do have that experience."

For good measure, he reminded the young voter that he has pledged to appoint a woman as his VP.

I, myself, was wondering why a white woman was asking the question.

Hard to believe that this isn’t a parody account. https://t.co/ExJPYjMPnA