Anita Hill Reveals Biden Called Her, But She Didn't Exactly Accept His Apology 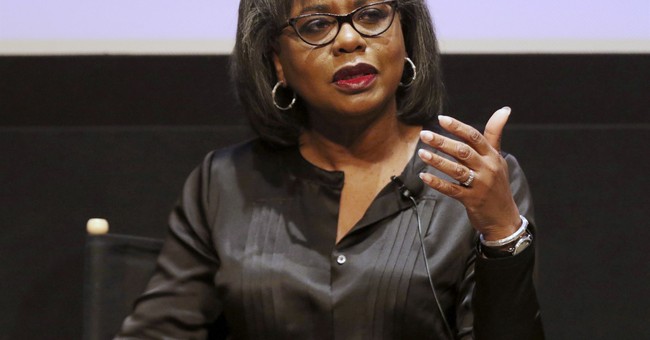 Anita Hill has revealed to the New York Times that former Vice President (and newly declared 2020 candidate) Joe Biden phoned her earlier this month to express his regrets about the 1991 Clarence Thomas confirmation hearings. Hill testified against Thomas at the time, claiming he had sexually harassed her when she worked for him at the Equal Employment Opportunities Commission.

Biden, who was chairman of the Senate Judiciary Committee and presided over the hearings, has been criticized for his handling of the event. Today's frustrated Democrats wonder why he didn't do more to silence Hill's Republican critics when she was trying to tell her story. He also failed to call other supposed corroborating witnesses to the stand. Hill now claims that Biden’s inaction “set the stage” for Brett Kavanaugh’s testy hearings this past fall, in which his accuser Christine Blasey Ford’s word was pitted against his and it became a “he said, she said” scenario.

In their phone conversation, Biden shared his regret “for what she had endured.” But that’s not what Hill wanted.

“I cannot be satisfied by simply saying I’m sorry for what happened to you. I will be satisfied when I know there is real change and real accountability and real purpose,” Hill said.

Until then, Biden will not get her endorsement.

“The focus on apology, to me, is one thing,” Hill said of Biden's regrets of the 1991 hearings. “But he needs to give an apology to the other women and to the American public because we know now how deeply disappointed Americans around the country were about what they saw. And not just women. There are women and men now who have just really lost confidence in our government to respond to the problem of gender violence.”

Biden himself has since been accused of sexual harassment. Lucy Flores, a Nevada politician, claims that the former VP inappropriately smelled the back of her head on the campaign trail. He rejected the notion that his behavior with women is anything but friendly and harmless. He did say, however, he would try to be more mindful and respect others' personal space.