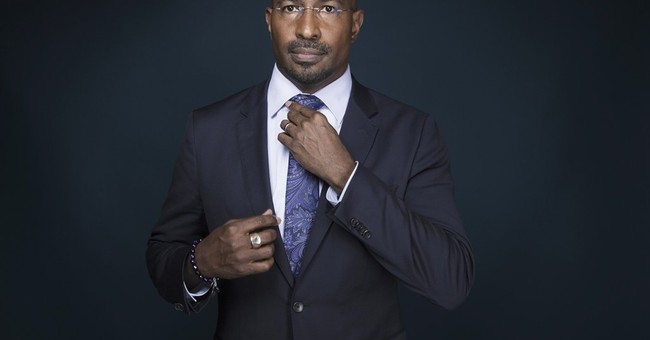 CNN commentator Van Jones sparked a controversy among his liberal peers by extending a hand to President Trump on the issue of criminal justice reform last year. He doesn't regret it in the slightest. In fact, he has praised the administration for its work in getting the First Step Act passed and, when he brought his message to CPAC in March, he admitted conservatives have taken the lead on this issue.

Still, he's the exception, not the rule. Too often, liberals and conservatives "are talking about each other, not to each other," he regrets.

Jones hopes that his new show, "The Redemption Project," can change that - at least when it comes to crime and punishment.

Jones's interest in prison reform dates back to the early 1990s when he had just graduated from Yale Law school. It was in the era of the Rodney King uprisings and President Bill Clinton's crime bill and, as a young African-American lawyer, the issue of crime and punishment was in his face constantly.

"My whole generation was being put on trial by the system so I wanted to put the system on trial," Jones explained in an interview with Townhall. "So I spent 25 years doing that."

For his new show, Jones helps facilitate victim-offender dialogues across the country. In the season premiere, a mother named Terria comes face-to-face with the man who killed her son over drugs. Astoundingly, in the footage provided by the show, she not only forgives him but tells him she wants to be his mentor and help him overcome his own addiction. Jones said that happens more often than you might think. In three of the episodes he filmed for the show, the victims even helped to get their offenders released.

Sometimes, for victims, "the only way to move forward is to meet face to face with the person who ruined their lives," as Jones explains in his narration.

If people who have lost loved ones can come together with the prisoners who upended their lives, then the rest of us “have a responsibility to try to do the same thing,” Jones said.

Jones wanted to embark on "The Redemption Project" because he does the same work off-camera. He was invited to the Trump White House last year as the administration was pursuing passage of the First Step Act and at the time commended Trump for being "tough" on the matter. He praised the White House again on Monday, adding, however, that it is indeed just a "first step."

"Legislatively, I think the Trump administration did a great job on the First Step Act. Implementing it I think we still have a long way to go and there are others I think the Department of Justice could be doing better."

He shared that he still has an open dialogue with the president, Jared Kushner and other officials in the administration.

Jones has met the people that can most be helped by the First Step Act, so he'll keep meeting with anyone who can help in the effort, no matter what political party they belong to.

"What I’ve learned is that, first of all for the people at the very bottom of our society, who have the least human freedom, least human dignity, they don’t care what political party you’re in," he noted. "They just need help."