DNC Won't Partner With Fox for 2020...But This Dem Candidate Just Scheduled a Town Hall With Them 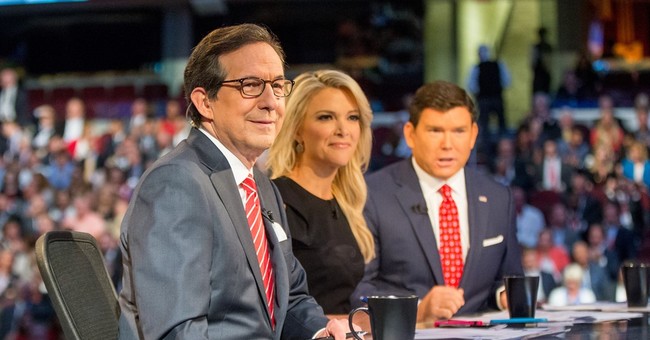 The Democratic National Committee is refusing to partner with Fox News for the 2020 primary debates leading up to the presidential election. In a statement explaining the sudden change of heart, Tom Perez said the committee is concerned by Fox News's relationship with the Trump administration.

NEW: DNC Chair Tom Perez: "Fox News will not serve as a media partner for the 2020 Democratic primary debates." pic.twitter.com/f6oSgL6y9p

He was relying on reporting from The New Yorker's Jane Mayer.

One Democratic candidate, however, is not shying away from Fox's audience. It was announced Wednesday that Sen. Bernie Sanders (I-VT) will participate in a town hall with the network on April 15. It is expected to largely focus on the economy.

According to Bret Baier, there are more candidates where he came from.

Looking forward to it.. others are in the works. Thanks for tuning in. https://t.co/4kri31qAfM

What other Democratic contenders will distance themselves from the DNC and dare to associate with Fox in the race to 2020?

In a statement the day of the DNC's announcement, Bill Sammon, the Senior, Vice President and Managing Editor of Fox in Washington, hoped they'd reconsider.

"We hope the DNC will reconsider its decision to bar Chris Wallace Bret Baier and Martha MacCallum all of whom embody the ultimate journalistic integrity and professionalism from moderating a Democratic presidential debate. They’re the best debate team in the business and they offer candidates an important opportunity to make their case to the largest TV news audience in America which includes many persuadable voters.”