Steny Hoyer Has Had it With These Freshman Dems 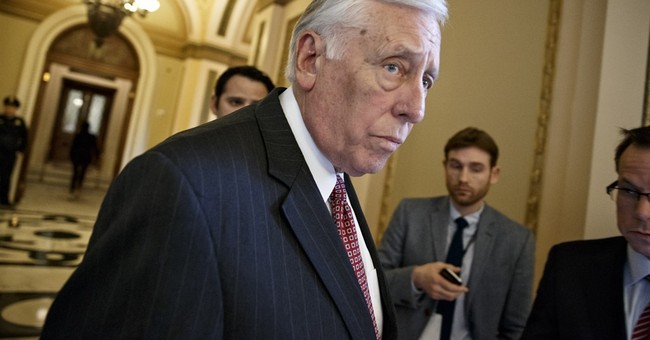 Let's call them the infamous three. Reps. Rashida Tlaib (D-MI), Ilhan Omar (D-MN), and Alexandria Ocasio-Cortez (D-NY) are the trio of freshman lawmakers who have dominated the political news cycle this year. Whether it's Tlaib calling the president a "motherf***er," Omar spewing some anti-Israel musings, or Ocasio-Cortez promoting whatever her latest radical progressive policy is (Green New Deal, capitalism sucks, etc.), the media just can't get enough. That's a shame, according to Rep. Steny Hoyer (D-MD), because, as he puts it, they are hogging the limelight from the other 59 deserving Democratic newbies.

Hoyer slams Tlaib, Omar, Ocasio-Cortez when asked about Dems who would still like to push for impeachment, despite Pelosi saying she opposes impeachment. Hoyer: “We’ve got 62 new (Democratic) members. Not three”

The veteran Maryland congressman reiterated himself on Tuesday. While acknowledging that the infamous three are very newsworthy, Hoyer implored the press to give the other freshman Democrats some airtime.

Hoyer on freshmen Democrats who get all the attention:
If you read the paper, or watch the news, you come up with three names..there are 59 other people..There are three people who are very newsworthy

He's not the only establishment Democrat exhausted by these excitable young guns in Congress. House Speaker Nancy Pelosi has even publicly dismissed a few of AOC's more ambitious ideals, including the "green dream or whatever." As for pursuing Trump impeachment, it's "not worth it."