Maggie Haberman to Trump: No, My Report About Whitaker Is Not Fake 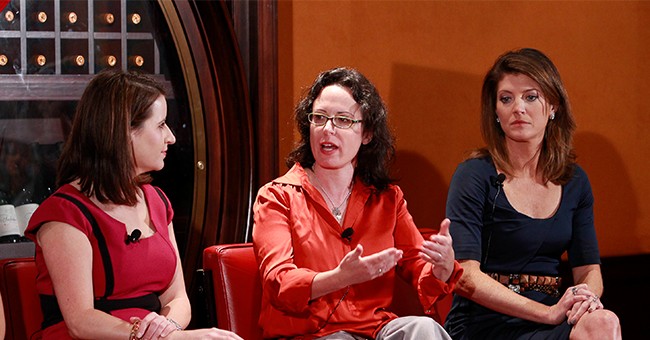 The New York Times's Maggie Haberman is standing by her new report that President Trump asked Acting Attorney General Matthew Whitaker to see if his ally Geoffrey S. Berman, the U.S. attorney for the Southern District of New York, could be put in charge of the investigation into his former lawyer Michael Cohen. That request supposedly came after Berman had already recused himself from the probe.

Trump denied the report, both at the White House and on Twitter.

The New York Times reporting is false. They are a true ENEMY OF THE PEOPLE!

Haberman counter punched in an interview Wednesday morning calling the president a liar.

JUST NOW: "That’s a lie. I don't know if he knows it's a lie or whether he is telling himself this is true, whether his staff doesn't tell him we are reaching out."@maggieNYT on @realDonaldTrump claim the NYT didn't reach out over new story.@NewDay pic.twitter.com/01QY6JsVaY

Haberman said she and her team sent "several emails" to the White House during their reporting that went "unanswered."

“They chose not to engage,” she said. “Then afterwards the president acts surprised. Now whether his aides are not telling him what we are looking at or whether this is a game and he knows what it is or doesn’t, I can’t read his mind. But, we certainly follow normal reporting practices and went over it at length with both the White House and the Department of Justice. So, if this was news to them, it would be surprising.”

Again, as for Trump's claim the reporters over at the New York Times don't verify their reports, she said "that's a lie."