Meanwhile, Virginia Republicans Are Going Full Steam Ahead With Their Agenda 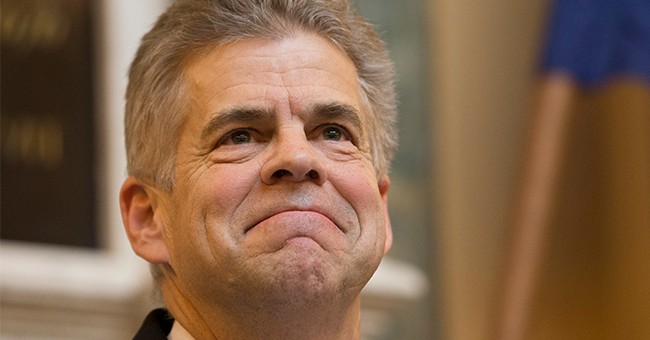 Virginia Democrats don't have a lot to celebrate lately. Three of their top leaders are facing scandals. Two admitted to wearing blackface (well, one isn't exactly positive), while the lieutenant governor is accused of multiple counts of sexual assault.

In sum, the state party is a mess.

Meanwhile, Virginia Republicans seem to, at least at the moment, have their act together. While their Democratic counterparts try to do damage control on their series of scandals, the Virginia GOP is full steam ahead with a legislative agenda they say will boost citizens' bank accounts. Speaker of the House of Delegates Kirk Cox promoted their tax relief efforts.

Under Republican leadership, the House and Senate have agreed to the most significant tax relief package in the Commonwealth in at least 15 years.https://t.co/awET5PBmvQ

A few specifics from the tax overhaul, as reported by the Daily Press:

Those changes, mainly a doubling of the federal standard deduction, would generate a roughly $1.1 billion flood of money this year and next into state coffers without any changes in Virginia law.

It will be "the second largest tax cut in Virginia history," according to Senate President Pro Tempore Stephen D. Newman (R-Bedford).

Northam said he was “pleased" to have "reached an agreement on tax policy that is equitable for all Virginians and allows them to keep more of their paychecks.”

Yet, it was Northam who wanted to devote a good chunk of the money in "one-time spending on water quality, school construction, and broadband." He also wanted to make a tax credit for lower income Virginians fully refundable. Republicans rejected both of those plans.

Northam, as noted, has bigger issues than seeing his tax plans voted down. His attempts to exonerate himself from those racist photos in his medical school yearbook have so far failed, especially his last explanation, in which he said he couldn't possibly have been the individual in the picture because he's left-handed. Seeing the governor's scandal unfold, Attorney General Mark Herring tried to get ahead of his own unflattering media by admitting he did blackface in college. Meanwhile, Lt. Gov. Fairfax denies sexually assaulting a woman at the 2004 Democratic National Convention, despite her very detailed and disturbing account of the encounter. A second woman came forward with separate allegations on Friday.

Should all three Democrats resign, Cox will be next in line to assume the duty of governor.

Joe Manchin Is the Grim Reaper for Most of the Left's Agenda Items...And He Just Killed Another One
Townhall
Ted Cruz drops Eric Swalwell and Ilhan Omar for taking Aaron Rupar's 'Nazi salutes' lie and running with it
Twitchy
We Need to Talk About the Huma Abedin ‘Sexual Assault’ Allegation Story for a Minute
Redstate
Braves Fans Rejoice as MLB Backpedals
PJ Media