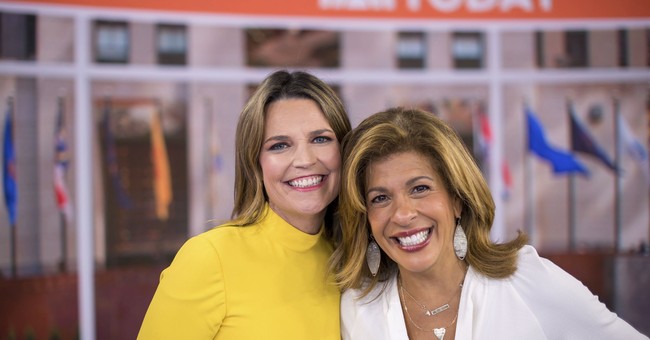 Social media can be a great tool for information and gives us a chance to interact with others who share our interests. Other times it can just make us shake our heads.

The "TODAY show" was the first media outlet to score a sit down interview with Nick Sandmann, the Covington Catholic high school student whose "smirk" was seen 'round the world last weekend. In a viral video that was filmed outside the Lincoln Memorial, Sandmann is seen smiling at a Native American veteran, named Nathan Phillips, who is beating a drum in the young man's face. At first watch, it seems as though Sandmann and his peers are taunting the man. Yet, when more footage and eyewitness testimony came out, we discovered that it was Phillips who first approached the boys.

Phillips was granted interviews with several media outlets and insisted the boys were "racist." In his own interview with NBC, Sandmann explained he was nothing of the sort.

“My position is that I was not disrespectful to Mr. Phillips," Sandmann said. "I respect him. I'd like to talk to him,” he said. “I mean, in hindsight, I wish we could've walked away and avoided the whole thing. But I can't say that I'm sorry for listening to him and standing there.”

While Sandmann had every right to to tell his side of the story, people fumed that NBC had the audacity to give him airtime. They also misinterpreted Saturday's incident.

A bunch of kids in MAGA gear go to Washington to deny women of their reproductive rights, they hassle women, make rape jokes, then harass and mock a Native American veteran - and they get invited on @TODAYshow saying they were praying for peace.#CovingtonBoys

Others tried to start a trend called #BoycottTodayShow.

But, the worst tweet of the bunch came from a "higher ed professional" who compared the teenager to KKK leader David Duke.

I’ve been a loyal Today Show viewer for 20 years. This I cannot stand by. How embarrassing. Who’s next, David Duke?!?

More viewers demanded that NBC give Phillips equal opportunity to respond. Well, NBC News explained, they reached out to him for a comment but received no response.

Share this on Facebook
Tweet
Is Biden About to Flip Flop on Eliminating the Filibuster?
Katie Pavlich
Leader McCarthy: By 'Putting Hyde on the Chopping Block,' Democrats Engaging in 'Change of Course of Decades'
Rebecca Downs
Jen Psaki's Ridiculous Spin After Biden Claimed He's Been to the Southern Border
Julio Rosas
McEnany on McAuliffe Cutting Interview Short: 'Democrats Definitely Believe That The Press Is in Their Corner'
Madeline Leesman
McAuliffe Made Excuses for Northam's Racist Yearbook Photo After Condemning It
Spencer Brown
CBP Finally Releases Southern Border Encounter Numbers After Weeks of Being MIA
Julio Rosas
CARTOONS | AF Branco
View Cartoon
Most Popular