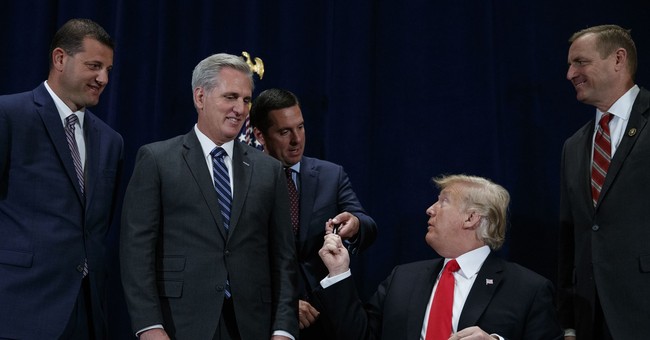 Two party leaders can play at that game. Speaker of the House Nancy Pelosi informed President Trump that she will not allow him to give his State of the Union address next Tuesday. So, McCarthy said his side of the aisle is taking matters into their own hands.

Retweet if you agree that the State of the Union should proceed as planned. I just signed and submitted a resolution that would permit President Trump to deliver his #SOTU address in the Capitol on January 29th. pic.twitter.com/yPn152cIV9

Here is the resolution. Now, more than ever, Americans should see their government leaders in the same room, working to make our future brighter. pic.twitter.com/zAit7t7TUR

Pelosi first invited Trump to give his presidential address back on January 3, but a few weeks into the government shutdown she decided it would not be appropriate and asked him to postpone. Trump sent her a letter on Tuesday telling her that her concerns were unwarranted and that he'd be talking to the American people next week. He said he "looks forward" to seeing her there.

In the normal order of things, Congress has to pass a joint resolution to approve the State of the Union. But, following Trump's letter, Pelosi doubled down and said she would not authorize the speech.

Today marks the 33rd day of the government shutdown.