The Rock Sounds Off on the 'Snowflake Generation' 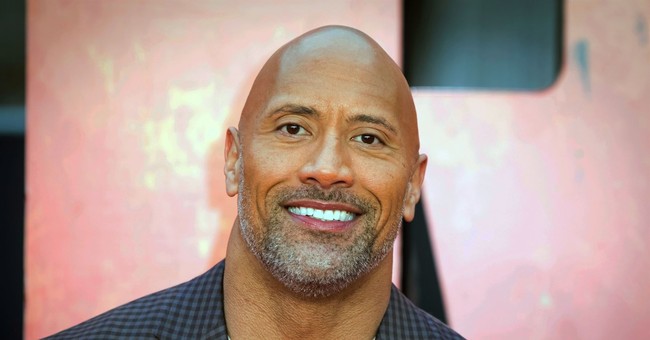 Dwayne "The Rock" Johnson, former WWE wrestler-turned-actor, has no patience for the "snowflake generation."

Too many people today are “looking for reasons to be offended,” the actor recently told The Daily Star.

“I don’t have to agree with what somebody thinks, who they vote for, what they voted for, what they think, but I will back their right to say or believe it," he said. "That’s democracy.”

“So many good people fought for freedom and equality – but this generation are looking for a reason to be offended," he continued. "If you are not agreeing with them then they are offended – and that is not what so many great men and women fought for.”

Johnson may be especially frustrated these days because he's seen what this culture has done to his good friend Kevin Hart. The two have starred in two films together over the past few years, including Jumanji: Welcome to the Jungle and Central Intelligence. Johnson must have been excited for his friend when the American Academy of Arts and Sciences chose him as the host of the 91st Oscars. That joy didn't even last a full 24 hours, however. The next morning, Hart was in the center of a scandal over homophobic tweets he sent several years ago. He apologized, but stepped down from the gig to avoid making the awards ceremony about himself. Prominent LGBT advocates like Ellen DeGeneres urged him to reconsider, but it seems like he's made up his mind. So, the Academy remains hostless. Some are trying to come up with some creative solutions, however, like recruiting superheroes.

The Rock has previously mused about jumping into politics. I imagine he'll have gained some momentum after his very bold, honest interview.

“I care about our country...and our American people and our citizens, and the values of our country,” Johnson told Fox News last April. “So, of course, I would consider it.”