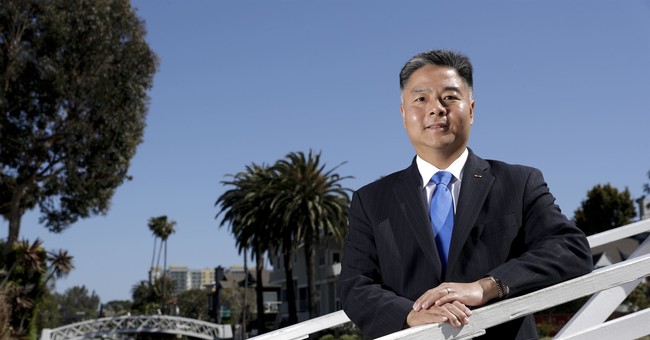 An illegal immigrant is responsible for the death of police Newman Cpl. Ronil Singh in the state of California. Singh stopped the suspect Wednesday morning for a DUI, before the two engaged in a gunfight. Singh died trying to defend himself. He was just 33 years old and leaves behind a wife and 5-month-old son. The suspect had been on the run until authorities captured him just this afternoon.

Keep that context in mind as you read this tweet that was recently sent out from Rep. Ted Lieu's Twitter account. In it, he complains about President Trump's new threat to shutdown the border completely until he gets a deal out of Democrats to fund his border wall.

Dear @realDonaldTrump: A 5 hour border shutdown at just one port of entry cost businesses $5.3 million. Got any more stupid threats? If not, then end your #TrumpShutdown.

Stop acting like a spoiled child. You are the President of the United States of America. Act like it. https://t.co/9Mr28ermpa

Fox News's Ed Henry found that message rather interesting and so posed the following prompt for the congressman.

Congressman -- doing a story on reaction from lawmakers in California to the killing of police officer Ronil Singh -- have you sent any tweets or full statements on police officer killed in your home state? https://t.co/PQZAfdqbEp

Many of us in CA have been asking the same questions of @tedlieu @NancyPelosi @SenFeinstein and @KamalaHarris and have received nothing! They are completely silent when an AMERICAN HERO dies at the hands of an Illegal Alien.

The Department of Justice has targeted sanctuary cities since Trump was sworn into office. Last year the administration even sued California over the dangerous policy. That lawsuit was dismissed in July. Yet, the White House has threatened to withhold funding from other cities that continue to harbor illegal immigrants.

Democrats remain insistent that Trump is not getting one penny for the wall, giving us no end in sight for the partial government shutdown. It is now the second longest shutdown in a decade.