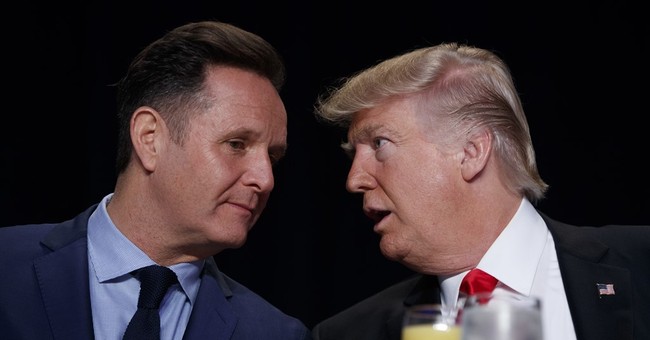 Television producer Mark Burnett gave Donald Trump his own primetime reality show on NBC in the early 2000s. Fans of "The Apprentice" watched as an authoritative Trump gave his crop of contestants a new business challenge each week and fired who he believed was the weakest link at the end of every episode. The final contestant would then be hired to work on one of Trump's new construction projects. While most saw it as an entertaining program and nothing more, The New Yorker's Patrick Radden Keefe explains in his latest piece that the show was all a big con, and that it paved the way for a Trump presidency.

In 2003, Keefe suggests, Trump was on his way into oblivion. He was no more than a New York Post "punchline." That was, until Burnett approached Trump about being a TV star. Burnett already had wild success with the CBS reality show "Survivor." With their star and concept in place for "The Apprentice," the "con" began.

“The Apprentice” portrayed Trump not as a skeezy hustler who huddles with local mobsters but as a plutocrat with impeccable business instincts and unparalleled wealth—a titan who always seemed to be climbing out of helicopters or into limousines. “Most of us knew he was a fake,” Braun told me. “He had just gone through I don’t know how many bankruptcies. But we made him out to be the most important person in the world. It was like making the court jester the king.” Bill Pruitt, another producer, recalled, “We walked through the offices and saw chipped furniture. We saw a crumbling empire at every turn. Our job was to make it seem otherwise.”

The show, which "revered" Trump, did wonders for his brand, his public image, and his ego, Keefe explains. So, because Burnett had something to do with Trump's renewed popularity, he is just as guilty for his decision to run for president.

Critics also blame Burnett for not producing the "Trump tapes" that reportedly include audio of Trump using racist slurs during the course of the NBC show.

As Keefe notes in the piece, he isn't the first person to point the finger at Burnett for helping create President Trump. The 2016 host of the Emmys, Jimmy Kimmel, literally pointed his finger at Burnett during his monologue as he jokingly(?) cast blame on him. Burnett has been booed at other events, and was even involved in a physical altercation with fellow celebrity Tom Arnold, all apparently over his association with Trump.

We've heard several people refer to Trump as a "reality TV" candidate during the 2016 campaign, including his Democratic opponent Hillary Clinton.

"My opponent was the first reality TV candidate, and I was, for better or worse, the candidate of reality,” she said in November 2017.

As for Burnett, he hasn't spoken much about his relationship with Trump, chalking it up to a disinterest in politics.