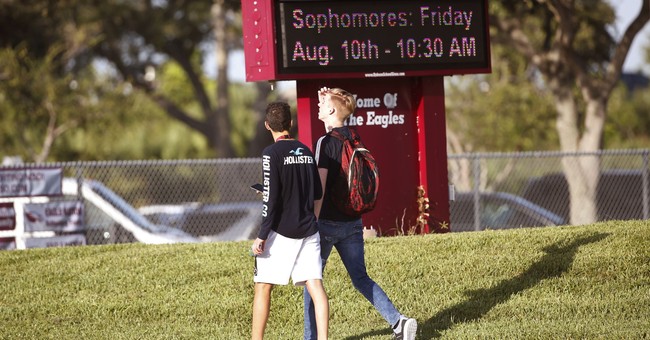 The Marjory Stoneman Douglas safety commission, who has been investigating last February's shooting, made a surprising decision Thursday. They want to start arming teachers.

"These guardians must be trained and trained appropriately,” said State Senator and MSD Commissioner Lauren Book of the nearly unanimous recommendation. The vote was 13-1.

Some Parkland students and parents strongly disagree with the commission. A few are downright "shocked" by their request.

The news about MSD's safety commission shocked me today- I thought we as a society had already rejected the preposterous notion that arming teachers made schools safer. Looks like there's more advocacy to be done to enforce the pretty basic idea that guns & classrooms do not mix.

Some Parkland parents are also speaking out.

"I don’t think teachers should be carrying guns," said Max Schachter, whose son Alex was killed in last February's shooting. "I think they have enough on their plate. I think their priority is teaching."

Florida Gov. Rick Scott has also not given his blessing to the safety commission's request.

“My focus is on providing more law enforcement officers not on arming the teachers," Scott reasoned earlier this year.

Other leaders, like President Trump, believe arming teachers is a wise solution, with the qualification that they are properly trained, of course.

"I don’t want a person that’s never handled a gun that wouldn’t know what a gun looks like to be armed," Trump explained at the Conservative Political Action Conference last year. "But out of your teaching population — out of your teaching population, you have 10 percent, 20 percent of very gun-adept people.  Military people, law enforcement people, they teach. They teach."

Armed teachers who love their students and would do anything to protect them, Trump added, would be "a major deterrent" to would be attackers because "these people are inherently cowards."

Seventeen people were killed at MSD last Valentine's Day when a teenage gunman went on a shooting spree inside the school.