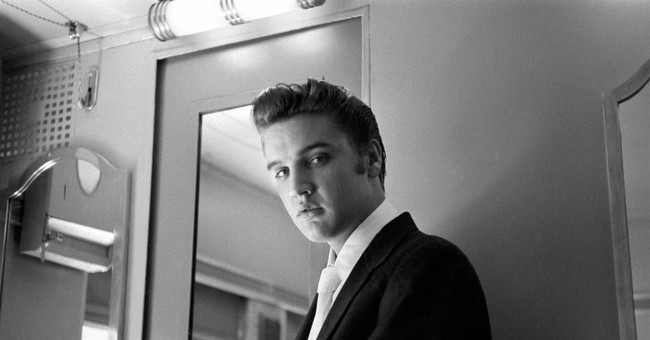 President Trump is giving out more Presidential Medals of Freedom on Friday, a handful of which will be handed out posthumously. Trump will recognize baseball legend Babe Ruth, Supreme Court Justice Antonin Scalia and rock 'n roll icon Elvis Presley.

Most would see Trump's giving a medal of freedom to Elvis as a sweet tribute to one of the most iconic music artists in history. A select few others, like this Washington Post pop culture critic Chris Richards, see it as a decision that was made with racial undertones.

"Yes, Presley is among the most pivotal and controversial musicians of the previous century, so yes, this is another needling MAGA maneuver — a little nod to the good old days, back when black visionaries could invent rock-and-roll, but only a white man could become the king," Richards writes in his latest opinion piece.

Richards goes on to accuse America of "still" being "afraid of a black planet." He calls the president's award for Elvis "pathetic" and more proof that he "continues to use his brazen lack of imagination as a cultural cudgel."

Who knows, Richards could be right. Or maybe Trump just wanted to recognize Presley's decorated career. To think of it another way, music is one of culture's rare unifying forces. That's what The Weekly Standard's Mark Hemingway argued in his rebuttal.

"Music is one of a precious few cultural forces still holding us together. It’s not zero sum; we can acknowledge that more credit is owed to black musical pioneers and acknowledge that Elvis was remarkably talented man a who made a singular connection with tens of millions of Americans that went well beyond race," Hemingway says.