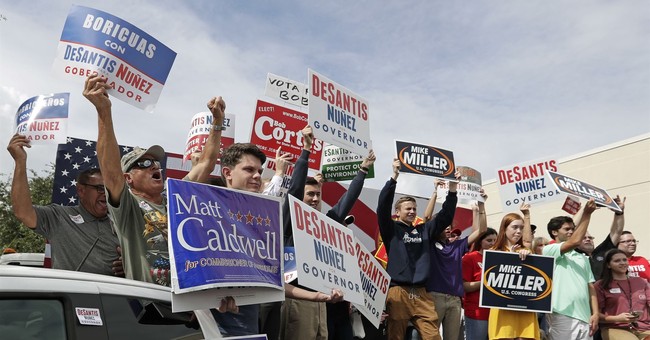 Per usual, the key races in Florida are nail biters. The gubernatorial and Senate contests are still too close to call. But, one vote has already been decided and needs no recount. Floridians have come out in favor of Amendment 4, restoring voting rights for felons who have finished their sentences or are on probation.

Supporters of the amendment said the current system was too strict.

As expected, the amendment has a real chance of significantly impacting future election outcomes.

Amendment 4 passes in Florida, automatically restoring voting rights to nearly all of Florida's 1.5 million felons. This has the potential to shift the state's voter rolls and change outcomes of future elections. Read our story on the system here: https://t.co/98ivdDCxMJ https://t.co/eedOKC1ory