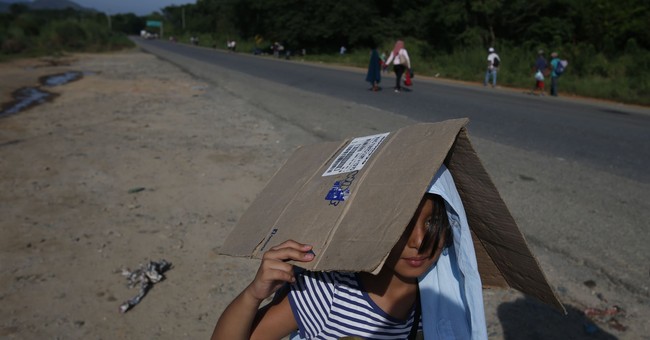 A commercial that aired during Sunday's NFL game between the New England Patriots and the Green Bay Packers caused quite a firestorm. The pro-President Trump ad gave voters a dire warning about the migrant caravan headed toward the U.S. border. It focused on a criminal illegal immigrant named Luis Bracamontes, who was convicted of killing two California police officers in 2014. He was unremorseful in court, smiling and saying he wished he had killed more cops. The ad ended with a message: "Stop the caravan. Vote Republican."

President Trump tweeted out a lengthier version of the ad last week.

NBC will no longer be playing the ad during "Sunday Night Football," the network has announced.

"After further review, we recognize the insensitive nature of the ad and have decided to cease airing it across our properties as soon as possible," said Joe Benarroch, a spokesperson for NBC's advertising sales department.

Their decision follows CNN's decision to block the ad.

Donald Trump Jr. called CNN "fake news" for the decision, but the network said they couldn't run a "racist" advertisement.

CNN has made it abundantly clear in its editorial coverage that this ad is racist. When presented with an opportunity to be paid to take a version of this ad, we declined. Those are the facts. ??

Now, Fox News and Facebook have decided to pull the plug on it too.

"Upon further review, Fox News pulled the ad yesterday and it will not appear on either Fox News Channel or Fox Business Network," Marianne Gambelli, Fox News' president of advertisement sales, told CNN in a statement.

"This ad violates Facebook's advertising policy against sensational content so we are rejecting it," a Facebook spokesman told The Daily Beast. "While the video is allowed to be posted on Facebook, it cannot receive paid distribution."

Before the ad aired, Trump had blamed Democrats for the 7,000-strong caravan.

Trump was asked about the controversial ad on Monday before taking off on the campaign trail.

NEW: "We have a lot of ads," Pres. Trump says when asked about controversy over anti-immigration ad. "They certainly are effective, based on the numbers that we're seeing."