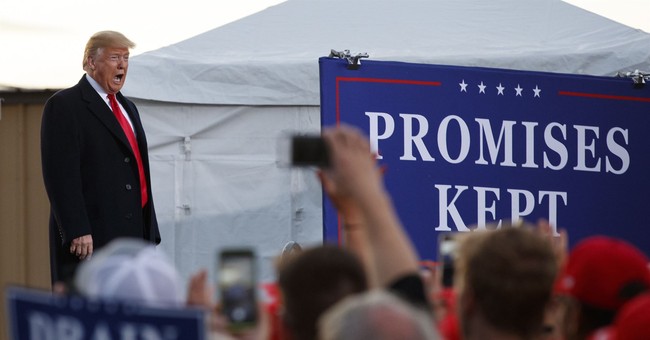 They may not be behind the wheel, but Democrats have driven illegal immigrants in the migrant caravan to the U.S. border, President Trump asserted during a raucous rally in Montana Thursday night.

"They also figure, everybody coming in is going to vote Democrat," he added.

Rep. Joaquin Castro (D-TX) said on CNN Friday that the president is using the situation "to divide Americans." This is not a military situation, the Democrat said, "it's a humanitarian situation."

Trump is acting like "a 6th or 7th grader," Castro said, for suggesting Democrats wants these immigrants' votes. "None of these folks are able to vote in the U.S."

President Trump is blaming Democrats without evidence as a migrant caravan approaches the US.

Trump "basically acts like a 6th or 7th grader," says Rep. @JoaquinCastroTX. "These people are fleeing literally some of the deadliest countries on earth” https://t.co/jZ9weAMbqH pic.twitter.com/zwX7RZ8byn

"I wish he wouldn't talk about fellow human beings like scapegoats to try and win in the midterms," the representative added.