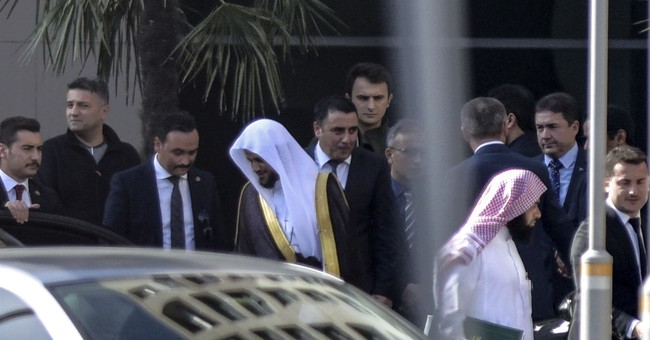 Turkish prosecutor Irfan Fidan has released grisly new details into the murder of Saudi journalist Jamal Khashoggi. The journalist, a critic of the Saudi government, disappeared on October 2 after walking into the Saudi consulate in Istanbul to obtain documents for his upcoming wedding. He did not exit the building, and Fidan said he knows why.

"In accordance with plans made in advance, the victim, Jamal Khashoggi, was choked to death immediately after entering the Consulate General of Saudi Arabia," the prosecutor said in a statement.

Then, "in line with advance plans," Khashoggi's body was dismembered and destroyed.

Crown Prince Mohammed bin Salman told President Trump he had nothing to do with the disappearance. The Saudi government has acknowledged, however, that Khashoggi was killed. They have arrested 18 suspects.

Khashoggi's fiancee Hatice Cengiz offered her first interview since he went missing. In her sit down with the BBC, Cengiz said she is still in shock. She had held out hope for Khashoggi's reappearance until the Saudis confirmed his murder.

"That day I was killed over and over again," she said.

Cengiz is especially regretful that they didn't have a proper goodbye.

"We didn’t say any goodbyes," she said.

She was even denied what could have been a moment of closure. Some people, she explained, are able to cope with the death of a loved one when they see the body. She does not get that opportunity.

"We want everyone involved, from top to bottom, to face justice," she said.

Cengiz supports Turkey’s "in depth investigation." But, she added, Turkey should not bear the burden alone because this is a "humanitarian" crisis.