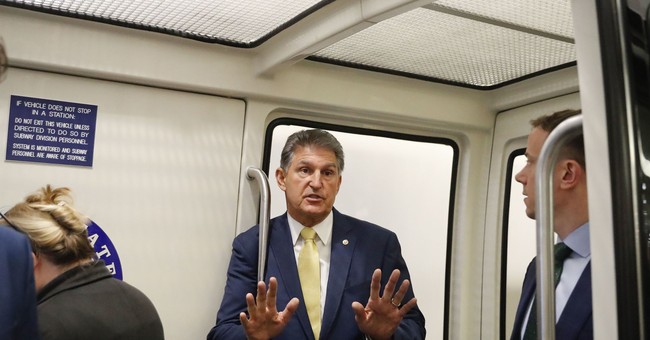 UPDATE: Recent polling shows that Manchin's challenger Patrick Morrissey narrowing the incumbent's lead to just one point, while one survey even has the Republican in the lead.

The pro-life group the Susan B. Anthony List intends to make sure West Virginians know that Sen. Joe Manchin (D-WV) does not support Amendment 1, or at best is complacent about it. So, they are shelling out $500,000 in the form of television ads, radio hits and online advertising to make sure voters know that the amendment could save the lives of more than 1,500 unborn West Virginians a year by stopping taxpayer-funded abortions.

In an email to supporters Monday the SBA List suggested that Manchin does not support the initiative because he has previously defended the taxpayer funding of Planned Parenthood.

“West Virginia is a pro-life state and a majority of voters are rightfully horrified when they find out that the state has used their tax dollars to pay for abortions – even late-term abortions – for more than two decades. More than 35,000 children have had their lives brutally ended by abortion – and taxpayers have foot the bill to the tune of nearly ten million dollars,” said SBA List spokeswoman Mallory Quigley in the press release.

“On Election Day, voters have a chance to turn the tide by passing Amendment 1 and by electing pro-life champions – not Joe Manchin. Manchin won’t say for sure where he stands and even questioned why reporters, or voters, would want to know his stance. Voters have the right to know before they cast their ballot in November if Sen. Manchin really stands with them or if he is just another pro-abortion radical who will side with Chuck Schumer, who wants to keep taxpayers complicit in abortion on demand up to the moment of birth.”

Will this campaign make a dent in Manchin's double digit lead? Election day is eight days away and so far Manchin does not seem to be having any trouble with Republican challenger Patrick Morrissey, West Virginia's current attorney general. The incumbent is currently an average of 12 points ahead.