'I'm President and You're Not': Trump Spars With '60 Minutes' Reporter Lesley Stahl 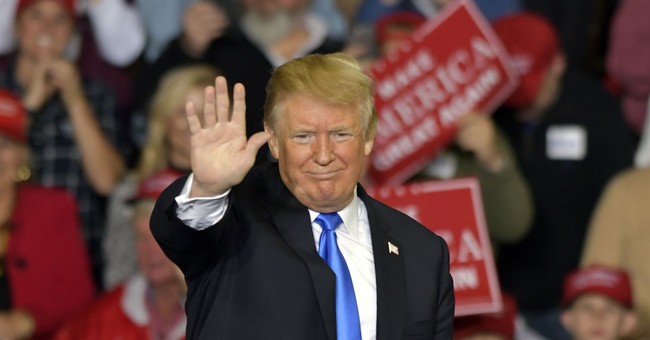 President Trump sat down - and walked - with "60 Minutes" reporter Lesley Stahl around the White House grounds for their wide ranging interview over the weekend. It aired just a couple days after the First Lady's "Being Melania" special on ABC. Trump and Stahl had a much more contentious interview than Mrs. Trump and ABC correspondent Tom Llamas, but, reflecting on their chat, Stahl told her coanchors that to her it felt as though Trump truly "enjoyed" sparring with her.

Then he must have really enjoyed their exchange about North Korea. In perhaps the most contentious part of the interview, Stahl wondered why Trump had such a fondness for Chairman Kim Jong Un, considering his dictatorial and dangerous behavior.

Lesley Stahl: I wanna read you his resume, okay? He presides over a cruel kingdom of repression, gulags, starvation-- reports that he had his half-brother assassinated, slave labor, public executions. This is a guy you love?

Lesley Stahl: I know, but why do you love that guy?

Lesley Stahl: But you love him.

President Donald Trump: It well, let it be an embrace. Let it be whatever it is to get the job done.

At another point, Trump accused the media of treating his predecessor President Obama much more kindly than him.

Stahl said she disagrees with Trump on that notion, but she "doesn't wanna have that fight" with him.

In her post-interview reflections, Stahl said there was one question he "really didn't want to answer." While walking with Trump in the White House, she asked him if he would "pledge" not to shut down the Robert Mueller Russia investigation. "I don't pledge anything," he said. Yet, he did say he has "no intention" of shutting down the probe.

Although she says Trump did not fully cooperate with her, Stahl gave the president props for his recent "string of wins." The RNC eagerly shared that exchange.

Yet, the Trumps admitted that their agenda is sometimes undermined by people who are supposed to be on their team. During her ABC interview, Melania Trump said that there are still players in the Trump administration she does not trust. And why not? Since her husband was sworn in there have been leaks and anonymous "resistance" op-eds in major news outlets.

"I feel the same way," Trump said. "I don't trust everybody in the White House, I'll be honest with you."

"I'm not a baby," he added. "It's a tough business. This is a vicious place. Washington, D.C. is a vicious, vicious place. The attacks, the - the bad mouthing, the speaking behind your back. But - you know, and in my way, I feel very comfortable here."

Stahl noticed that too. "He is much more confident," the reporter said. When she interview Trump in 2016 right after his win, Stahl sensed he was "surprised" by the victory. Now, he is "truly president."