Booker: I Don't Care Whether Kavanaugh Is Innocent or Guilty. Let's Move On. 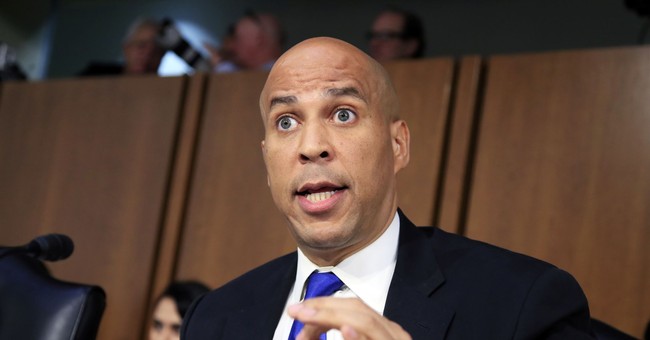 Despite Democrats' insistence on an FBI investigation into the sexual assault allegations against Brett Kavanaugh, Cory Booker admitted they are not interested in the agency's findings and they are ready to move on to another Supreme Court candidate. He said as much in a press conference on Capitol Hill.

Sen. Cory Booker wants to “move onto a new candidate” and does not care whether Kavanaugh is “innocent or guilty.” pic.twitter.com/TwKpkbPWzh

Donald Trump, Jr. could not believe his ears and called the Democrats "sick."

Oh, so now that he’s none of the things you slandered him with for weeks in order to ruin his life he should be out anyway whether he’s guilty or not?

This is not America.

These people are truly sick. https://t.co/nULep5tr3I

The FBI was given one week to finish the investigation. Senate Majority Leader Mitch McConnell said a vote is imminent.

"What I can tell you with certainty—we’ll have an FBI report this week, and we’ll have a vote this week,” the GOP leader said Tuesday.

Editor's Note: An earlier version of this post read that the FBI had interviewed Judge Kavanaugh and his accuser Christine Blasey Ford during the investigation. That was inaccurate and we apologize for the error.