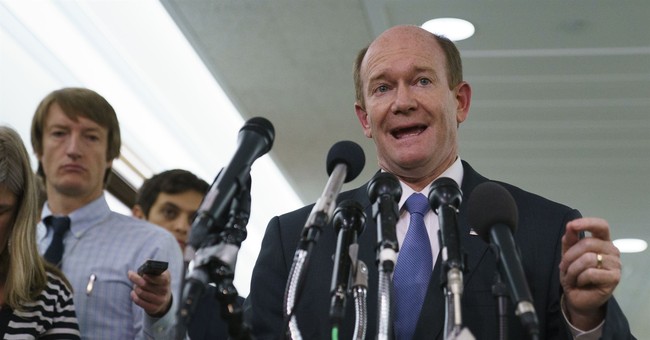 The Democrats on the Senate Judiciary Committee, who say the FBI investigation into the allegations against Supreme Court nominee Brett Kavanaugh is too narrow, have released a list of two dozen people they want the agency to speak with.

NEW: The list of 24 people who Senate Judiciary Democrats want the FBI to interview as part of the Kavanaugh supplemental investigation pic.twitter.com/5bmzz0pz5I

When asked at the Rose Garden Monday if the FBI should speak to all three accusers, President Trump said he'd have no problem with that, but he's heard the third accuser, Swetnick, may not be very credible.

During a speech on the Senate floor Monday, Senate Majority Leader Mitch McConnell quoted Rachel Mitchell, the Republican counsel who questioned Ford at the hearing last week, who said the case against Kavanaugh was too weak.

A he said, she said case is very hard to prove, she said in a new memo. "This case is even weaker than that."

McConnell said he is not convinced the Democrats will accept the conclusions of the FBI, because they keep "moving the goal posts." They do not want to find the truth, he charged.

The committee vote on Kavanaugh will happen this week, he pledged.