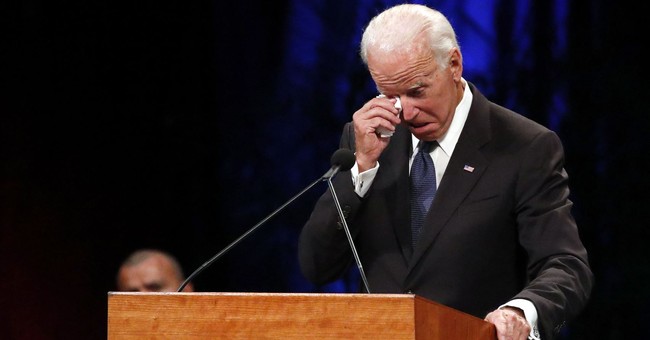 The late Sen. John McCain (R-AZ) was remembered by family and friends at his memorial service at North Phoenix Baptist Church Thursday.

As always, there was plenty of ribbing about the senator, who was known for his passionate politics and often stubborn personality. Former Attorney General Grant Woods made fun of McCain for his "ridiculously bad driving."

He had plenty of heartfelt words too.

Another speaker was Arizona Cardinals wide receiver Larry Fitzgerald, who noted that he and McCain "had an unlikely friendship, but one that I will always cherish."

"I'm confident his legacy of devotion will inspire people around the world," Fitzgerald said.

Fitzgerald recalled how McCain once took him on a tour of the U.S. Senate. It was "obvious he was "highly regarded" and "respected." He was known as "a man of integrity and conviction" who often "sacrificed his own political gains to accomplish what he believed what was good for all." Those sacrifices, he said, "enriched our lives."

"We are all better for having known you," Fitzgerald concluded. "Rest in peace, my friend."

“My name’s Joe Biden. I’m a Democrat and I love John McCain.”

.@JoeBiden: "I always thought of John as a brother." https://t.co/bwzIk5WRq8 pic.twitter.com/38QVJ5dmtN

"We were both full of dreams" and an "overwhelming desire" to make their time in politics worthwhile. They wanted to make things better for the country they loved so much. He and McCain believed that there was “not a single thing beyond the capacity of this country.”

"Above all we understood the same thing: all politics is personal. It's all about trust. I trusted John with my life."

The two were so close that Biden said he's received hundreds of sympathy letters since McCain's passing.

McCain, Biden said, "was a giant among all of us."