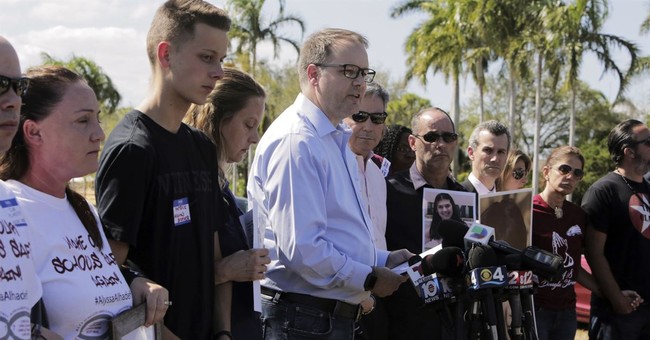 It's not often that local school board elections get national attention, but the case was different in the Broward County school elections. Two parents who lost children in the shooting at Marjory Stoneman Douglas High School decided to run for the board so they could make some direct changes that may prevent other parents from having to grieve like they are. One of those parents, Lori Alhadeff, a former teacher, won her race Tuesday night.

Alhadeff, whose 14-year-old daughter Alyssa was one of 17 people slain by Nikolas Cruz in February, won her election easily with about 65 percent of the vote.

Ryan Petty, however, who ran with his murdered daughter in mind, lost his election. That was despite a rare endorsement from a sitting senator. Sen. Orrin Hatch (R-UT) asked supporters to help Mr. Petty, because he had been instrumental in helping him pass the STOP School Violence Act.

Hunter Pollack, who lost his sister Meadow in the shooting, was disappointed in the election outcome.

You’d think after @rpetty lost his daughter and ran for school board all of Parkland would suppot him. Completely false low voter turnout and a significant amount of people voted for his opponent. I’m proud of him for stepping up, and disappointed in my community for not.

Considering how he helped the STOP School Violence Act come to light, the election results are unlikely to silence Petty's voice.

Many of the other Broward school board wins were apparently more of the status quo. Marjory Stoneman Douglas student Kyle Kashuv is among those who are disgusted.

The people deeply responsible for children dying are getting a third term.