Mother Alleges that ICE Is Responsible for Her Toddler's Death 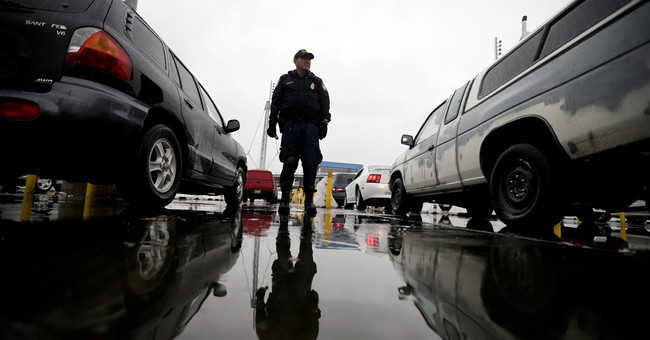 Yazmin Juarez, 20, and her 18-month-old daughter, Mariee, came to the U.S. from Guatemala via the Rio Grande in March. They were detained by ICE and placed in the South Texas Family Residential Center in Dilley, Texas. Mariee soon developed a respiratory infection which "went woefully under-treated for nearly a month," according to Juarez's lawyers. Facility workers reportedly gave her Tylenol to alleviate her symptoms, but it did not help. The toddler died six weeks after the family's release.

"A mother lost her little girl because ICE and those running the Dilley immigration prison failed them inexcusably," the lawyers told CNN. "We are working with Yazmin and her family to obtain justice for the failures by ICE and others, and to ensure that no other family suffers such a needless and devastating loss."

They provided a timeline of Mariee's deteriorating condition.

But her lawyers say Mariee's symptoms became worse, losing weight, vomiting as well as developing fever and diarrhea. During their nearly three weeks at the facility, Juarez sought medical attention for Mariee at least five times, according to her attorneys. During her time there, Mariee received various other diagnoses that included acute bronchiolitis and an ear infection.

"After it became clear that Mariee was gravely ill, ICE simply discharged mother and daughter. Yazmin immediately sought medical care for her baby, but it was too late. Mariee died following six agonizing weeks in the hospital after leaving Dilley," according to her lawyers.

They allege that the conditions at Dilley were "unsafe and unsanitary conditions" and that the medical care was "deficient in both availability and quality."

The original Vice News report noted that Mariee died of "a viral infection that can kill children anywhere, though doctors say that conditions at institutions like Dilley allow viruses to spread more easily and make it hard to recover."

ICE defended its commitment to caring for those who are temporarily placed in their facilities.

"ICE is committed to ensuring the welfare of all those in the agency's custody, including providing access to necessary and appropriate medical care," the agency said in a statement. "Comprehensive medical care is provided to all individuals in ICE custody."

The "Abolish ICE" movement alleges that the agency has long lost sight of its original goals. Some go so far to call it a terrorist organization.

All would agree that Mariee's story is tragic. Some, however, are noting that the anger at ICE is misplaced. ICE, they note, tries to uphold the law and detain dangerous criminals, but are often thwarted by sanctuary cities.

Awful story to be sure, but how about also covering the victims killed or raped by people who had ICE detainers, but sanctuary cities set them free

For example, a search for Philadelphia child rapist Juan Ramon Vasquez on https://t.co/hjzi5ZqqW5 comes up with zero results https://t.co/ZP25e7VJ20

ICE has arrested hundreds of thousands of illegal immigrants, many of whom had criminal histories. President Trump honored ICE officials at a White House ceremony last week.