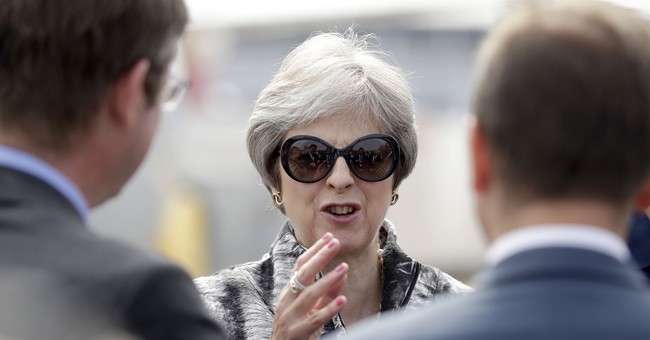 British Prime Minister Theresa May has endured swift condemnation from conservatives for agreeing to a "soft Brexit" deal that keeps the UK too closely aligned with the European Union. A few members of her own cabinet, like popular conservative Boris Johnson, resigned. Brexit hardliners are particularly peeved by May's agreeing to a "common rule book" with the EU, which would still tie Britain to some of the EU's regulations. It was the cause for Brexit Secretary David Davis's resignation.

May is apparently sympathetic to many of these conservative concerns, because she has agreed to a few amendments. Introduced by lawmaker Jacob Rees-Mogg's European Research Group, the measures would prevent Britain from collecting tariffs on behalf of EU nations unless the EU does the same for them.

That may have temporarily appeased hardliners, but others in the Conservative Party, like legislator Anna Soubry, criticized May for bowing to pressure. Rees-Mogg, she said, appears to be “running Britain.”

"The only reason that the government has accepted these amendments is because it is frightened of somewhere in the region of 40 members of parliament, the hard no-deal Brexiteers, who should have been seen off a long time ago,” she added.

Johnson issued a blistering speech this week against May's "Brexit in name only" agreement. But, he thankfully noted that Brexit is not past the point of no return.

“We have changed tack once, and we can change again," he said. "The problem is not that we failed to make the case for a free trade agreement of the kind spelled out at Lancaster House – we haven’t even tried.”

President Trump caused a firestorm in the UK last week by criticizing May's handling of Brexit and regretting that she ignored his advice. May defended her efforts, though, and insisted the UK is going to exit the EU on March 29, 2019, as promised.

This Daily Telegraph writer attempted to sum up the current state of affairs.

Remember: May's customs plan was supposed to unite the Cabinet, silence the hard leavers and offer a final, coherent deal to the EU backed by a united Britain. It has done the opposite in each case. Sheer political inadequacy.