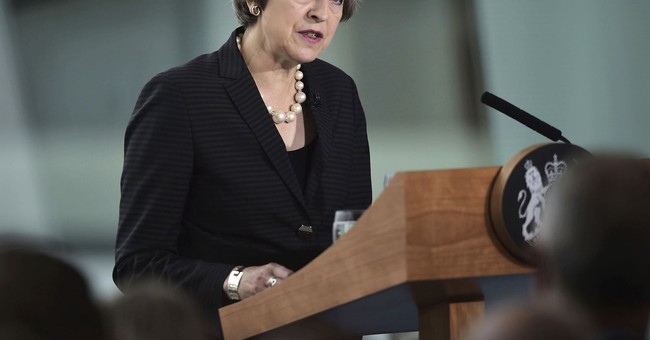 On Wednesday, UK Prime Minister Theresa May suffered another blow to her political credibility as former foreign secretary Boris Johnson delivered a scathing address to the British parliament explaining his resignation last week from May’s government over its handling of the Brexit negotiations. Johnson, who had been one of the strongest pro-Brexit voices in May’s cabinet, used the opportunity to express his concerns that the prime minister’s current plan would not truly provide for a path to an independent Great Britain.

The central thesis of Johnson’s remarks could be found in his disappointment with how May’s original “Lancaster house” vision for a global, independent Britain that would trade freely with the rest of the world has devolved under her leadership into the “Chequers agreement” proposals, which would, among other provisions, force the UK to continue to abide by present and future E.U. economic regulations without having the power to vote on them directly in parliament [transcript from The Spectator, emphasis mine]:

“It was my privilege to collaborate with [May] in promoting global Britain. A vision for this country that she set out with great clarity at Lancaster House on January 17th last year. A country eager, as she said, not just to do a bold, ambitious and comprehensive free trade agreement with the EU – out of the customs union, out of the single market – but also to do new free trade deals around the world. I thought it was the right vision then. I think so today.

“But in the 18 months that have followed, it is as though a fog of self-doubt has descended…

“We agreed to hand over a £40 billion exit fee with no discussion of our future economic relationship. We accepted the jurisdiction of the European Court over key aspects of the withdrawal agreement.And worst of all we allowed the question of the Northern Irish border, which had hitherto been assumed on all sides to be readily soluble, to become so political charged as to dominate the debate…

“After 18 months of stealthy retreat we have come from the bright certainties of Lancaster house to the Chequers agreement, and you put them side by side. Lancaster house said laws will once again be made in Westminster. Chequers says there will be an ongoing harmonisation with a common EU rulebook.Lancaster House says it would be wrong to comply with EU rules and regulations without having a vote on what those rules and regulations are. Chequers now makes us rule takers. Lancaster House said we don’t want anything that leaves us half in, half out… Chequers says we will remain in lock step on goods and agri-foods, and much more besides, with disputes ultimately adjudicated by the ECJ [European Court of Justice].”

Johnson went on to describe this potential future for the UK as one not of independence, but “economic vassalage” to the EU. Johnson also explained that he could no longer be part of a government that was “underestimating the intelligence of the public” by “saying one thing to the EU about what we are doing, and then saying another thing to the electorate” in telling them that they were truly intending to leave the European Union and its byzantine system of laws and regulations behind.

Johnson then trashed the May cabinet’s Chequers agreement as “Brexit in name only” and, while refraining from openly launching a campaign against May for the Conservative Party’s leadership, did call on the UK to “save Brexit” [emphasis mine]:

“In important ways, this is…Brexit in name only – I am, of course, unable to accept it or support it… I am happy now to speak out against it and be able to do so. Mr Speaker, it is not too late to save Brexit, we have time in these negotiations.

“We have changed tack once, and we can change again. The problem is not that we failed to make the case for a free trade agreement of the kind spelled out at Lancaster House – we haven’t even tried.”

Johnson concluded his address by calling on May and the parliament to “aim explicitly for that glorious vision of Lancaster House: a strong, independent, self-governing Britain that is genuinely open to the world” and “take back control” of their country so that the UK can implement “proper free trade deals for the benefit and the prosperity of the British people.”

Despite this passionate call for the UK government to do what is best for its own citizens and respect the democratic will of the British people, Theresa May and many of her fellow Tories still appear to be unmoved. In fact, as Bloomberg reported yesterday shortly after Johnson’s speech, many Tory backbenchers are continuing to support May (or at least not call for her outright resignation) out of the fear of what a Labour-led Brexit negotiation would look like:

Conservatives leaving the meeting of the 1922 Committee, where May is addressing Tory backbenchers, say the mood is positive -- so much so that one lawmaker withdrew his letter seeking a leadership challenge.

“We all want Brexit to succeed: that is the reality,” Simon Clarke told reporters. “I don’t want to go into the summer feeling like the Conservative Party is at war with itself.”

The call was for unity, a minister said. Asked what had changed since yesterday, he said it was the “realization that we don’t want a Labour Brexit.”

Moreover, May told reporters a couple hours after Johnson’s speech that she hadn’t even watched Johnson’s address and would be “too busy to catch up on it later.”

If most British conservatives continue to remain too cowardly to stand up to May for their nation’s sovereignty and independence, they certainly seem bound to lead the UK into exactly the kind of satellite-state status that May’s cabinet is proposing via the Chequers agreement ? a half-in, half-out E.U. stance in which the UK will still be subject to the laws and legal rulings of foreign parliaments and courts, but without even being able to challenge or create them in the European Parliament, the European Commission, or the ECJ. Even former Labour prime minister Tony Blair, who supported the “Remain” campaign (just as May originally did), slammed May’s Brexit plan on Thursday as one that "doesn’t honour what most people who voted for Brexit think.”

If a real Brexit never does ultimately happen and Johnson’s advice is not heeded, the United Kingdom’s stunning transformation in less than a century from an empire on which the sun never set to just another vassal of Germany’s second worst chancellor will surely be regarded by future historical accounts as one of the greatest national collapses ever recorded.