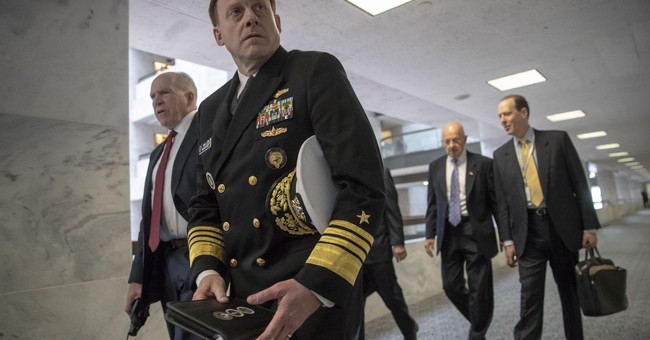 President Trump missed an opportunity to hold President Vladimir Putin accountable for Russia's interference in the U.S. election system in Helsinki, Finland Monday. Instead of calling out Russia, he suggested that he believed Putin when he said he did not meddle. All he could do was ask the question, and he accepted Putin's answer.

James Clapper, the former Director of National Intelligence, was just as shocked by Trump's "incredible" presser.

"He is very reticent about direct confrontation," Clapper observed during a phone interview with CNN.

Trump's recent trip to the UK was indicative of that, Clapper said. Trump had no issue "badmouthing" Prime Minister Theresa May in an interview with The Sun. Yet, when it came to personal engagement, he wouldn't do it.

Today's spectacle was "worse," Clapper noted, because Russia is our "arch adversary."

"It has more to do with projecting image of being a tough guy, he really isn't."

CNN analyst Gloria Borger wondered aloud how current intelligence officials could stay in their jobs after Trump's remarks today. They told the president repeatedly that Russia meddled, but Trump appears to have come to a different conclusion.