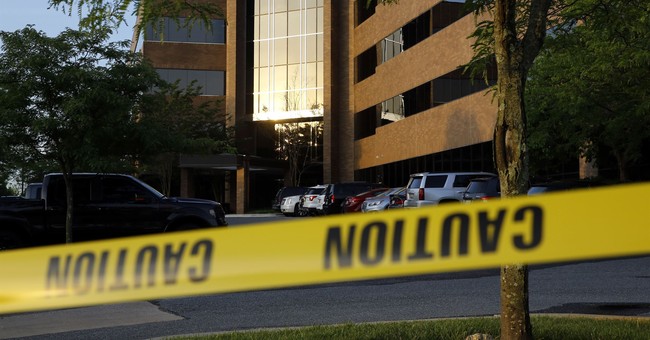 The suspect in Thursday's shooting at the Capital Gazette newspaper in Annapolis, Maryland had a "history" with police, officials announced Friday. The attacker, Jarrod Warren Ramos, killed five people. He's currently in custody, but he is "not cooperating" with the authorities. He has been charged with five counts of first-degree murder and is being held without bail, the prosecution announced.

Police had other updates to share. Notably, they have evidence to believe that the suspect had no cohorts, that it was a premeditated attack and that his weapon was legally purchased.

"The fellow was there to kill as many people as he could kill," Anne Arundel County Police Chief Timothy Altomare said.

"The fellow was there to kill as many people as he could kill."

Ramos had a clear plan as he made his way toward the newspaper, judging by his tactical approach. He first barricaded a back entrance to the building, before shooting through the glass at employees. He had a years long grudge against the paper, one that dates back to 2011.

"There's clearly a history" there, Altomare said. "We were not aware of that history until last night." He said they "should have been."

The Anne Arundel police have been commended, however, for responding in only 60 seconds to the shooting. Within two minutes, police were "pushing in" on the suspect. "Without question" law enforcement saved lives on Thursday, Altomare said.

The Capital Gazette shooting is now one of the deadliest attacks on journalists in U.S. history.