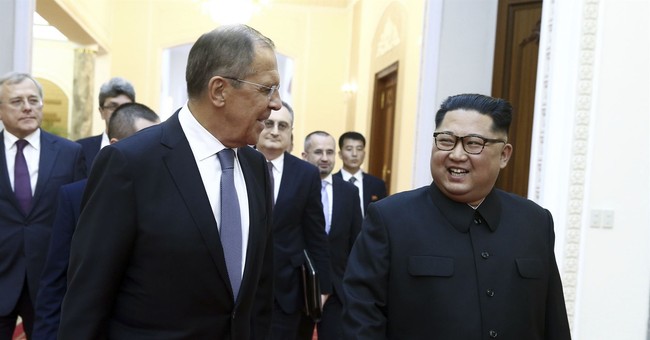 With just two weeks out from the planned Trump-Kim Jong Un summit in Singapore, North Korea has made a few significant military changes. Three of the nation's top military officials have been replaced with younger men all loyal to Kim.

The officials who reportedly were dropped are from some of the highest echelons of the North’s military structure, including Ri Myong Su, the chief of general staff for the Korean People’s Army. Ri was thought to be a confidant of Kim’s father, the late leader Kim Jong Il.

The others dismissed, according to Yonhap, were defense chief Pak Yong Sik and Kim Jong Gak, director of the political bureau of the North Korean army. (Washington Post)

Experts surmise that with this generational shift Kim is consolidating his leadership.

"This points to two things: the consolidation of Kim Jong Un's power as the sole leader of North Korea and strengthened cooperation between the North's party and military as the country works towards further economic development," said Yang Moo-jin, professor at the University of North Korean Studies in Seoul.

Last week, Trump met with the highest ranking North Korean official in 18 years at the White House. Kim Yong Chol, Kim Jong Un's No. 2 man, spoke with Trump about the summit and handed him a personal letter from Chairman Kim.

In a press conference following his own meeting with Chol in New York City last week, Secretary of State Mike Pompeo expressed his hope for productive talks.

"Through these series of meetings, I'm confident we're moving in the right direction...It could be nothing short of tragic to let this opportunity go to waste," Pompeo said.

Defense Secretary James Mattis also weighed in on the upcoming talks. He warned North Korea that only when they agree to complete denuclearization can they expect economic sanctions to lift. Those steps must be  "verifiable and irreversible."

The June summit in Singapore will be an historic one, marking the first meeting between a North Korean leader and a sitting U.S. president.