Trump Thanks Dem for Introducing Bill to Repeal Tax Cuts 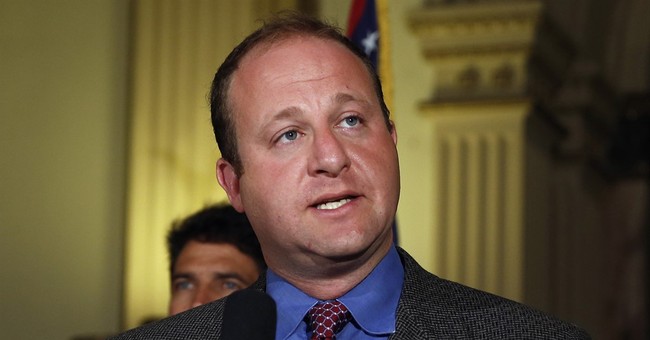 President Trump thanked Democratic Rep. Jared Polis (CO) for introducing a bill to repeal the GOP tax cuts on Monday. It will surely help in the midterms, he suggested on Twitter.

A Democratic lawmaker just introduced a bill to Repeal the GOP Tax Cuts (no chance). This is too good to be true for Republicans...Remember, the Nancy Pelosi Dems are also weak on Crime, the Border and want to be gentle and kind to MS-13 gang members...not good!

Polis's Students Over Special Interests Act would repeal the GOP tax reform bill and redirect the money toward student loan debt. Despite Trump's mockery, Polis said he was "proud" to have written the repeal bill.

I proudly wrote the bill to repeal @RealDonaldTrump’s tax giveaways. Simple choice this election: President and GOP lose by cozying up to corporate special interests. We win by standing up for students, public schools, and families. RT if you agree. https://t.co/tShVAGuANE

The Tax Cuts and Jobs Act passed in December. Americans were skeptical at first, unsure how or even if they would benefit from the bill. But, in a few months' time, as major companies started awarding their employees bonuses and Americans learned that 80 percent of them would be paying less in taxes, the Republican legislation got majority approval.

He will be happy to know that Trump has his blessing to try and repeal his increasingly popular tax reform.