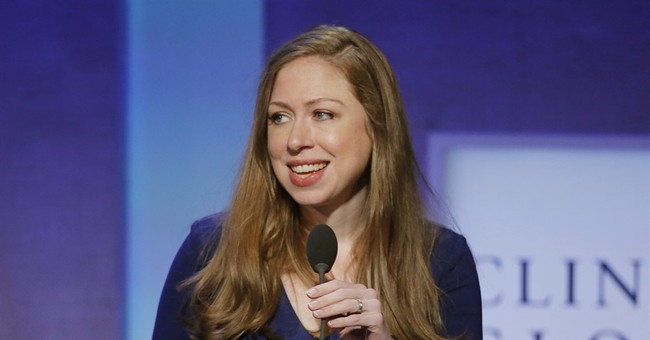 Hillary Clinton lost the 2016 presidential election in part because she wrote off large swaths of the country. She called Donald Trump supporters "deplorable." Now, her daughter Chelsea Clinton is using similar language to describe the commander-in-chief.

In an interview with The Guardian at the Clinton Foundation office in Manhattan, Chelsea sounded off on some of Trump's specific policies and "racist" rhetoric.

She used to believe the right thing to do about “all of the meanness” was simply ignore it, she reflects. “Now I’ve come to feel differently, because I think that the way that our president and many people around him have not only mainstreamed hate, but mainlined it, is so deeply dangerous.” Her eyes fill with dismay as she cites the rising reports of bullying in schools catalogued by the Southern Poverty Law Centre. “Not just the hundreds but now thousands of instances in schools across America, where children are citing the president as they’re demeaning a little girl, or they’re chanting ‘Build a wall’ in an attempt to demean and degrade brown children. So the reason, now, I no longer ignore it when people say hateful things to me on the street or on social media is, I think we have to shine a light. I think those of us who have platforms to do that have to say this is wrong and unacceptable, so we don’t normalise it but try to detoxify what has been unleashed. Because if we don’t, we leave a vacuum. And I think the darkness fills that vacuum.”

The fawning Guardian writer, who noted Chelsea's "impressive fluency in British current affairs," then asked Chelsea for advice on how Brits should respond to Trump's visit in July.

"If I lived in Britain I would show up to protest, because I don’t agree with what he’s doing to degrade what it means to be an American,” Clinton suggested.

Prime Minister Theresa May invited Trump to visit the UK on July 13. He is expected to meet Queen Elizabeth II during the trip. Last year, when Trump's potential state visit was first mentioned, members of Parliament decried that he was not welcome. Some even called him "fascist" for retweeting a message from a controversial British "far right" group. The White House defended the tweet, which depicted Muslims committing acts of violence, because it was a threat that "needs to be addressed."

With just a month and a half before Trump's British arrival, some are now planning on greeting Trump with some unique protest hands.