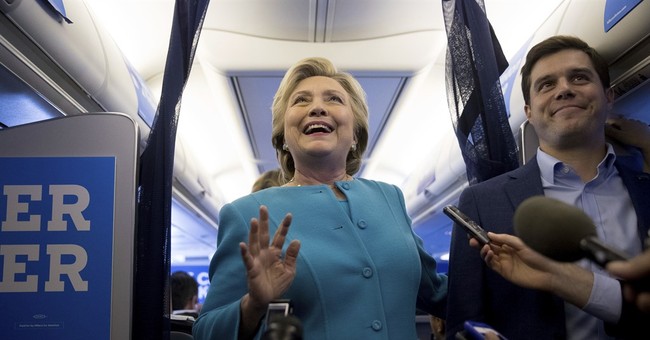 President Trump, his associates and his supporters are not alone in their criticisms of former FBI Director James Comey's new book tour. Hillary Clinton's allies are peeved too.

Nick Merrill, who served under Clinton at the State Department and worked on her 2008 and 2016 presidential campaigns, is slamming Comey for "profiting" off the email and Russia investigation scandals.

"Profiting indeed," Merrill tweeted. "850,000 copies of his book have been printed and will likely sell, with scores of paid speeches on leadership that will accompany that. But yes, Hillary Clinton is the one that should go away."

He had specific gripes about Comey's decision to break FBI precedent and hold a public press conference about the agency's investigation into Clinton's use of a private email server while she was secretary of state. Comey didn't charge her, but he did give voters a whole laundry list of reasons why they should not vote for Clinton. The former secretary of state and her team were "extremely careless in their handling of very sensitive, highly classified information," Comey said during the press briefing.

On Twitter, Merrill said Comey's character assassination of Clinton was uncalled for.

He made a public spectacle of the conclusion of the email investigation, breaking with Department norms, calling into question the integrity of the process. It did nothing to quiet the Trump campaign from accusing the FBI of bias & did everything to make Americans feel uneasy.

While Clinton thought she had escaped the worst, Comey came back 11 days before the presidential election to announce the FBI had reopened the investigation, having found a new crop of emails. The New Yorker has reported that Comey was privy to the "new" emails weeks earlier. "Why did he sit on the information for so long, until right before the election?" Merrill wondered.

Comey's integrity, if not already jeopardized after his handling of the investigations, has certainly been upended after the ABC interview because he "allows any questions that might have provided some clarity to slide right off of him."

Comey used the word "maybe" 37 times in the interview. 8 of them were in one answer. For a lawyer and law enforcement professional at the highest levels, it's a curious tactic, but useful when talking to press, allowing him to avoid having to be to definitive about anything.