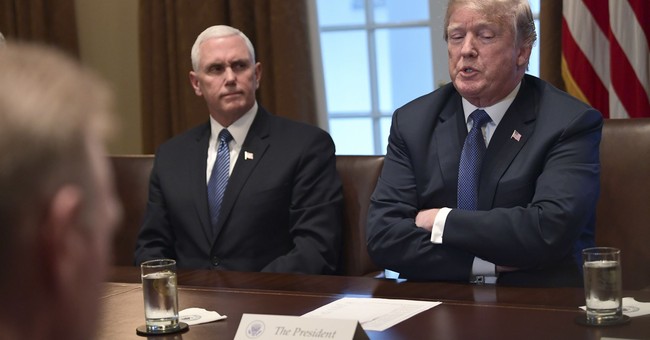 "I just heard they broke into the office of one of my attorneys," Trump said at the White House Monday after learning the FBI had made an unexpected raid on his lawyer Michael Cohen.

Cohen is "a good man" and it's a "disgraceful situation," Trump said.

The FBI did not disclose why they were targeting Cohen and what they were looking for, but recent reports suggest it has something to do with either the Stormy Daniels scandal or the special counsel's Russian collusion investigation.

"It's a total witch hunt, I've been saying it for a long time," Trump said of the latter.

It's been over 12 months and he and his team have handed over "more than 1 million documents," yet the special counsel continues to investigate whether his campaign colluded with Russia to win the 2016 election, the president frustratingly noted.

It's become "an attack on our country."

As for today's raid on Cohen's office, it is "a whole new level of unfairness."

Trump's tough talk again is fueling rumors that he is going to fire special counsel Robert Mueller - something he's previously pledged not to do.