Trump Admin Takes 'Most Aggressive Action' Against Russia Yet 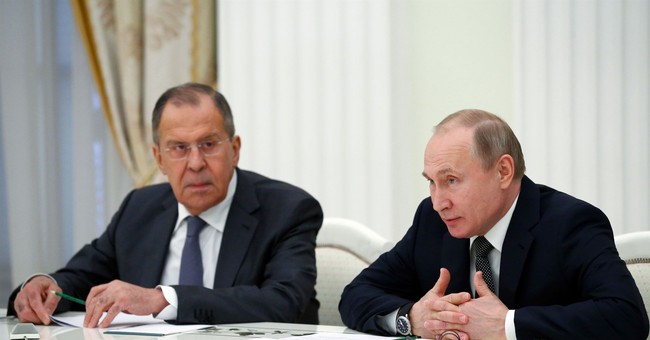 The Treasury Department has announced a new round of sanctions against Russia, targeting oligarchs, officials and businesses.

Treasury Secretary Steven Mnuchin elaborated on some of that "malign activity" in a press release.

“The Russian government operates for the disproportionate benefit of oligarchs and government elites,” said Treasury Secretary Steven T. Mnuchin.  “The Russian government engages in a range of malign activity around the globe, including continuing to occupy Crimea and instigate violence in eastern Ukraine, supplying the Assad regime with material and weaponry as they bomb their own civilians, attempting to subvert Western democracies, and malicious cyber activities.  Russian oligarchs and elites who profit from this corrupt system will no longer be insulated from the consequences of their government’s destabilizing activities.”

It is one of the administration's "most aggressive actions" against Russia to date, according to media.

House leadership is supportive of the move.

These are significant sanctions. I’m pleased the administration continues to use tools provided by Congress to hold Russia accountable for its destabilizing actions. https://t.co/j4jeesHXP9

Will this move quiet some of the president's critics who believe he is too soft on President Vladimir Putin and Russian meddling?