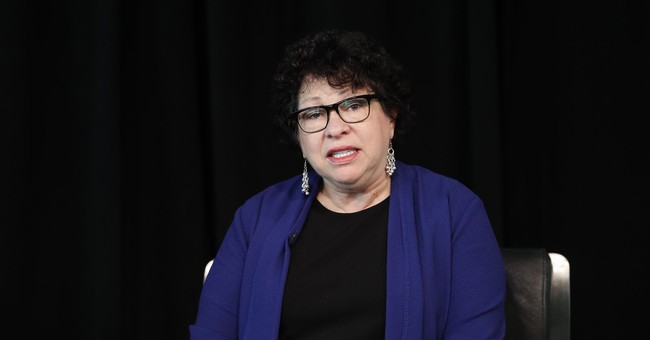 The Supreme Court has ruled in favor of a police officer who shot a woman outside of her home in Tucson, Arizona in May 2010. The officer, Andrew Kisela, shot Amy Hughes after she was seen acting "erratically," hacking at a tree with a knife and arguing with her roommate.

Kisela and another police officer, Alex Garcia, heard about the report on their patrol car radio and responded. A third police officer, Lindsay Kunz, arrived on the scene on her bicycle.

All three officers drew their guns. At least twice they told Hughes to drop the knife. Viewing the record in the light most favorable to Hughes, Chadwick said “take it easy” to both Hughes and the officers. Hughes appeared calm, but she did not acknowledge the officers’ presence or drop the knife. The top bar of the chain-link fence blocked Kisela’s line of fire, so he dropped to the ground and shot Hughes four times through the fence. Then the officers jumped the fence, handcuffed Hughes, and called paramedics, who transported her to a hospital. There she was treated for non-life-threatening injuries. Less than a minute had transpired from the moment the officers saw Chadwick to the moment Kisela fired shots.

Hughes, they later learned, had a history of mental illness. She and Chadwick were roommates and they apparently had a disagreement over $20.

Kisela, Garcia and Kunz defended Kisela's decision to shoot, noting they believed at the time that Hughes was a threat to Chadwick. Still, Hughes sued Kisela, alleging that he had used excessive force in violation of the Fourth Amendment.

In their ruling Monday, the Supreme Court cited several other court cases as precedent in their acquittal of the police officer. They cited Kisela’s qualified immunity, which protects public officials from damages for civil liability as long as they did not violate an individual's "clearly established" statutory or constitutional rights, Cornell explains.

"Kisela did not wait for Hughes to register, much less respond to, the officers’ rushed commands," Sotomayor insisted. "Instead, Kisela immediately and unilaterally escalated the situation."

Furthermore, he gave no advance warning that he would shoot, and "attempted no less dangerous methods to deescalate the situation."

She also disagreed with her colleagues in terms of qualified immunity. An officer is not entitled to qualified immunity, she said, if “(1) they violated a federal statutory or constitutional right, and (2) the unlawfulness of their conduct was ‘clearly established at the time.’”

Hughes, Sotomayor noted, had not committed a crime. Furthermore, when the police officers arrived on the scene, reports indicate that Hughes was standing “composed and content” during her encounter with Chadwick. With the above context, the justice came to the following conclusion.

The majority today exacerbates that troubling asymmetry. Its decision is not just wrong on the law; it also sends an alarming signal to law enforcement officers and the public. It tells officers that they can shoot first and think later, and it tells the public that palpably unreasonable conduct will go unpunished. Because there is nothing right or just under the law about this, I respectfully dissent.

You can read the whole court ruling – and Sotomayor’s dissent – here.