Media Muses Whether Gina Haspel Is Guilty of 'War Crimes' 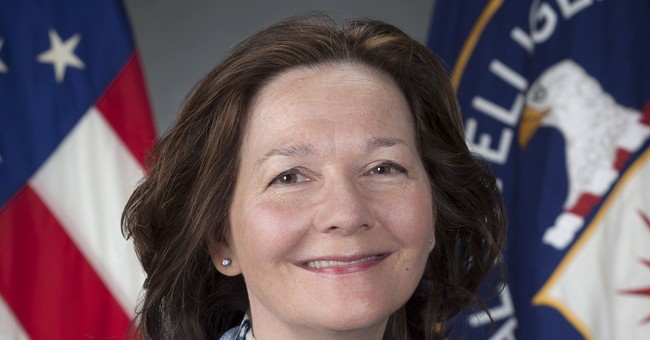 Gina Haspel, President Trump's nominee to replace Mike Pompeo as CIA Director when he is sworn in as the new secretary of state, may have violated the UN Convention against Torture, according to some media outlets.

According to reports, Haspel oversaw the torture of two terrorism suspects at a "black site" in Thailand as part of President George W. Bush's enhanced interrogation program. According to reports, she supervised while CIA officers deprived the suspects of sleep, squeezed them into coffins, and forced water down their throats. Haspel then helped destroy 92 videotapes of the torture. She could be prosecuted for her actions because it violates international law, The Daily Beast muses.

There are two legal avenues for a case against Haspel. The first is the International Criminal Court (ICC), and the second is a domestic court of a European nation.

The ICC is a better fit conceptually. Its entire purpose is to prosecute people for “genocide, war crimes, crimes against humanity, and aggression.” And despite legal counsel provided to the Bush administration at the time, the kinds of torture which Haspel supervised when she oversaw a CIA “black site” in Thailand are almost certainly violations of the UN Convention against Torture. (Daily Beast)

The problem, the Daily Beast notes, is that neither the U.S. nor Thailand is a member of the International Criminal Court. As such, Haspel will likely escape prosecution.

Furthermore, while the European Center for Constitutional and Human Rights is demanding that the German  federal prosecutor arrest Haspel the next time she travels to Europe. But, Germany is unlikely to act because it could damage U.S.-German relations.

Some lawmakers share the media's concerns. Sen. Rand Paul (R-KY) even penned an op-ed in Politico explaining why he refuses to support a CIA director nominee who was "complicit in torture."

But, Haspel has defenders who say she was just doing her duty. While the morality of the torture techniques should rightfully be questioned, at the time Haspel's tactics had been approved by White House officials, this New York Daily News editorial reminds readers.

Still, condemnation comes easy in the bright light of day, and in the comfort of relative safety from cataclysmic terrorism. Back then, those tasked with protecting the country believed in good faith that waterboarding and other tactics — including stress positions, sleep deprivation and forced nudity — were necessary to pry answers from hardened terrorists who welcomed death.

It's of note that one media outlet, in its attempt to upend Haspel's nomination, had to retract a report that suggested she once oversaw a suspect's waterboarding and "mocked" his suffering. The editors admitted they had erred and published this correction.