Trump on Chinese President's Power Grab: 'Maybe We'll Give that a Shot' 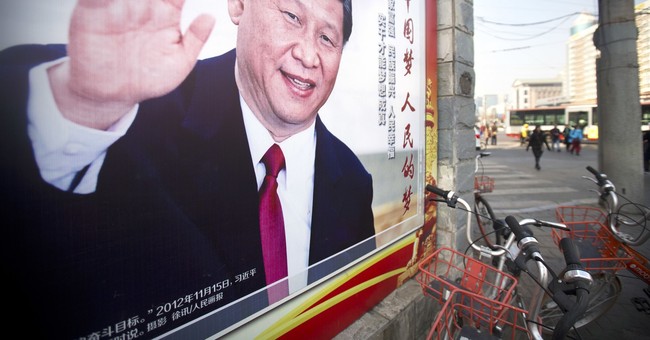 China's President Xi Jinping may obtain an alarming amount of authority if he succeeds in abolishing presidential term limits, put in place in 1982 to prevent another Mao Zedong.

The Guardian mused that Jinping may be setting himself up as "China's new dictator."

This public warning from former newspaper editor Li Datong sums up many of the Chinese people's concerns.

“This was the highest and most effective legal restriction preventing personal dictatorship and personal domination of the party and the government … It was also one of the most important political legacies of Deng Xiaoping,” Li protested in an open letter.

“China can only move forward on this foundation, and there is emphatically no reason to move in the reverse direction,” he continued. Abolishing term limits would plant “the seed once again of chaos in China, causing untold damage”.

Asked in a White House press briefing about the major political change, Press Secretary Sarah Huckabee Sanders said the decision should be left to China.

"I believe that’s a decision for China to make about what’s best for their country.”

Trump continued once the crowd's laughter died down.

I don't know about you, but if you hear the audio it sounds like he's joking. Maybe the audience's laughter gave it away.

Perhaps outraged media and other critics have a point, however, in suggesting that this is not exactly a laughing matter.

Chinese legislators still have the chance to block the attempt to abolish term limits when they reconvene in Beijing this week at their annual summit.