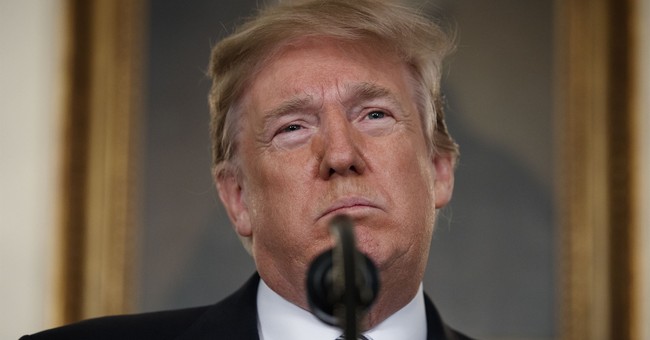 Special counsel Robert Mueller has indicted 13 Russian nationals for interfering in the U.S. election process. In a detailed 37-page report, the FBI explains how the defendants used false identities to stage political protests, rallies, and recruit Americans in their conspiracy.

While the nationals reportedly spoke with Trump campaign members and other Americans, the latter did so "unwittingly."

"These Americans did not know they were communicating with Russians,” he said.

While he did not answer reporters' questions as he went to board Air Force One on his way to Florida, Trump did tweet about the indictments Friday.

Russia started their anti-US campaign in 2014, long before I announced that I would run for President. The results of the election were not impacted. The Trump campaign did nothing wrong - no collusion!

For the past year, President Trump has dismissed the special counsel investigation on Russian collusion as a "hoax."

The White House also released a statement on the matter, highlighting the "no collusion" part.

White House: "President Donald J. Trump has been fully briefed on this matter and is glad to see the Special Counsel’s investigation further indicates—that there was NO COLLUSION between the Trump campaign and Russia" pic.twitter.com/3fm7eK1cTe