Romney Just Made it Official 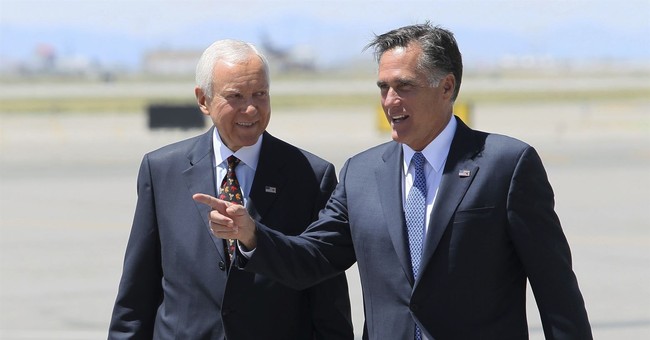 The former governor of Massachusetts and 2012 Republican nominee for president released a video announcing his campaign to replace Sen. Orrin Hatch (R-UT), the longest-serving Senate Republican who is set to retire.

"Utah has a lot to teach the politicians in Washington," Romney says in the video.

Unlike Washington, Utah has balanced budgets, he explains. Utah "welcomes legal immigrants," while "Washington sends immigrants a message of exclusion."

That segment led some to believe that he was distancing himself from the policies of President Trump, who announced a temporary ban on immigrants from six Muslim-majority nations last year and has had some controversial things to say about countries like Haiti and El Salvador. While Trump was still a presidential candidate, Romney offered a harsh rebuke of him. In his 18-minute speech, he called Trump a "con man," a "fake," and other unflattering names.

In his campaign video, Romney also reminds voters about how he helped organize the successful 2002 Salt Lake City Olympics.

Romney was the governor of Massachusetts from 2003 to 2007. He lost the 2012 election to President Barack Obama.

“This is a terrific day for the United States Senate," he said. "I was honored to join Mitt Romney on the national ticket in 2012 and couldn't be happier that he's running for this seat. Our party and our country are always better off when Mitt is engaged, and I know that he will put his unparalleled experience, conservative leadership, and lifetime of service to work for Utah in the U.S. Senate. Janna and I adore Mitt and Ann. His campaign has my unwavering support, and the people of Utah will be getting an accomplished and decent man when they make him their next Senator."